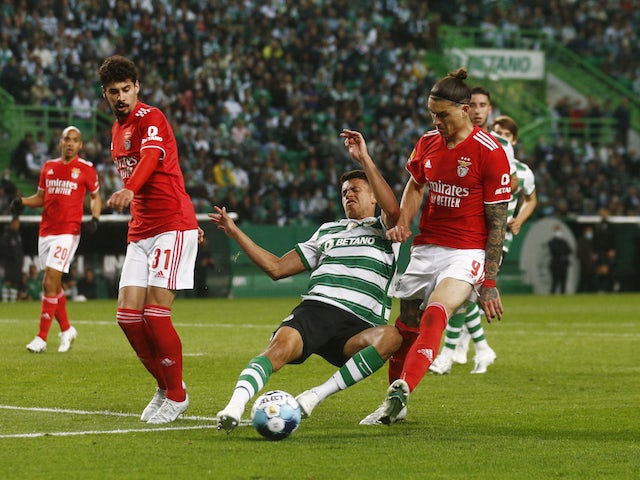 The Premier League outfit have been frequently linked with Nunes throughout the summer transfer window, only for it to be suggested that the Portugal international was holding out for a club playing in the Champions League.

That seemingly brought the likes of Chelsea and Liverpool into play at different stages of the off-season, but reports emerged on Monday evening that Wolves had made the breakthrough with Sporting and Nunes.

After Nunes arrived in England on Wednesday to undergo a medical, Wolves have now confirmed that they have finalised a club-record deal.

While a fee has not been disclosed by Wolves, it has been widely claimed that they have committed to paying €45m (£38m) with a further €5m (£4.2m) coming in add-ons.

Wolves have added that the 23-year-old has penned a contract at Molineux until 2027, the club also possessing the option to extend that by a further 12 months.

Speaking to the club’s official website, Nunes said: “I’m very excited. For me, I could play tomorrow already, but I can’t because the game is Saturday, but I’m looking forward to it.

“I think the club itself [convinced him] and also I spoke to some of my teammates because I play with them for the national team. The coach as well, he really wanted me, and I wanted to play in the Premier League. I think it’s the right next step for me and I’m very happy to be here.”

Nunes is expected to take his place in Bruno Lage‘s squad for Wolves’ Premier League fixture with Tottenham Hotspur in North London on Saturday afternoon.

The new arrival has already played for Sporting on two occasions this campaign, contributing a goal and an assist during his 180 minutes of action.

Nunes departs Sporting having contributed eight strikes and nine assists from 101 appearances in all competitions, with his most notable achievement being the Primeira Liga title triumph in 2020-21.

Despite the large financial outlay, Lage is keen to get more fresh faces through the door, including a recognised frontman to compete with Raul Jimenez.