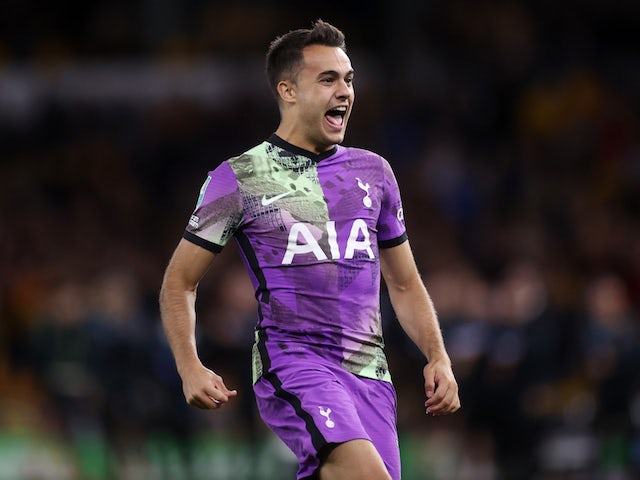 Tottenham Hotspur are open to letting Sergio Reguilon to leave the club this summer, according to a report.

Tottenham Hotspur are reportedly open to allowing Sergio Reguilon to leave the club during this summer’s transfer window.

The Spaniard has been a regular for Spurs during the 2021-22 campaign, making 31 appearances in all competitions, contributing two goals and three assists in the process.

The 25-year-old still has more than three years left to run on his contract at the Tottenham Hotspur Stadium, but there has been speculation surrounding his future in recent weeks.

According to Football Insider, Antonio Conte‘s side are prepared to listen to offers for the left-back during this summer’s transfer window.

The report claims that an unnamed Spanish club have registered their interest in Reguilon, who has scored twice and registered nine assists in 67 appearances for Tottenham in all competitions.

The defender penned a five-year contract upon his arrival from Real Madrid in September 2020, but a buyback option was included in the agreement, meaning that Los Blancos can re-sign the Spain international for a fee of €45m (£40.4m) this summer.