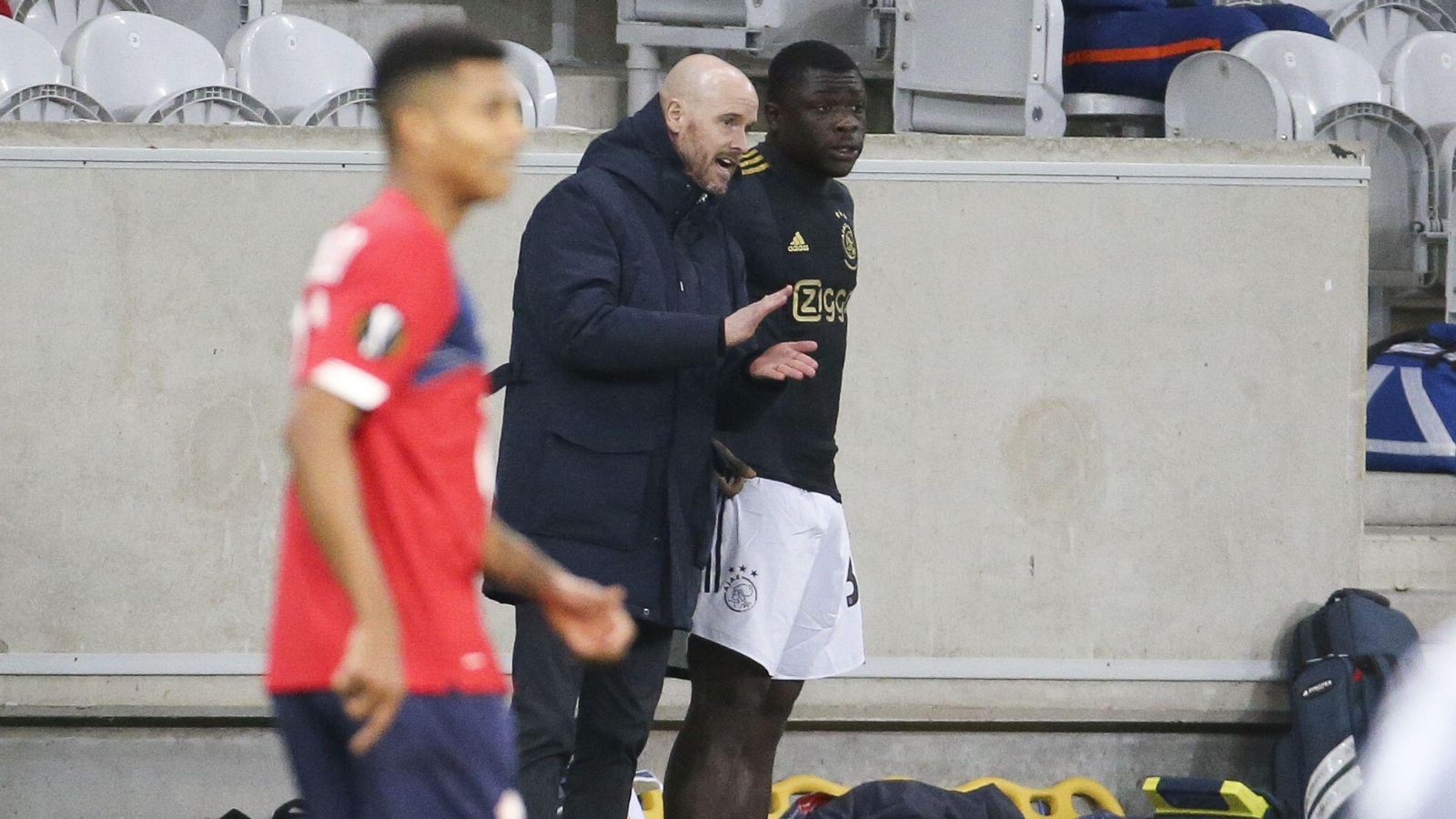 Man Utd are reportedly planning to spend £70m on new players in January and Erik ten Hag has two players in particular in mind.

Ten Hag was backed during the summer transfer window as around £215 on new recruits in the summer.

The Red Devils have picked up in recent games, with their 1-0 loss to Real Sociedad being their only setback in what has been a promising few weeks.

Man Utd are already looking ahead to January with Ten Hag looking to strengthen his squad once again.

Earlier this week it was reported that the Dutchman will be given £70m to spend on new players in the winter window. It is said that his budget will increase to over £100m if Cristiano Ronaldo leaves.

Fichajes have now revealed the ‘three transfers that Ten Hag has requested from Manchester United in January’.

One is a new right-back. Diogo Dalot has impressed for Man Utd in recent weeks but Ten Hag is not as much of a fan of Aaron Wan-Bissaka.

The Englishman was linked with Crystal Palace and West Ham in the summer but he was not given permission to leave as United were unable to sign a replacement.

They were linked with Barcelona right-back Sergino Dest, but he ended up joining AC Milan on loan. The ex-Ajax man has now suggested that he would be open to staying in Serie A long-term:

“The only thing I can do right now is just give my best, show what I got. And that’s it.”

“I am happy to be here. [Manager Stefano] Pioli’s game is very good, he can allow me to develop my game in the best possible way. This season can be an opportunity for me to help the team, developing both my attacking and defensive characteristics.

“Ajax and Barcelona have a similar game, based on ball possession. At Milan there is a faster game to get to the goal as soon as possible. To make a comparison, however, I prefer to wait until the end of this season.”

Fichajes also note that Man Utd ‘need a more creative midfielder’ and Youri Tielemans is their ‘chosen one’.

It is somewhat surprising that Tielemans remains at Leicester as he was available for £25-30m in the summer with his contract due to expire next year.

Arsenal were heavily linked with him but he now looks set to leave the Foxes either in January for a reduced fee or in the summer for free.

The report adds that Ten Hag is also looking at Ajax forward Brian Brobbey. The Man Utd boss is said to ‘like him the most’.

They state that a forward would be needed to ‘rotate with Marcus Rashford and Anthony Martial’ should Ronaldo leave.