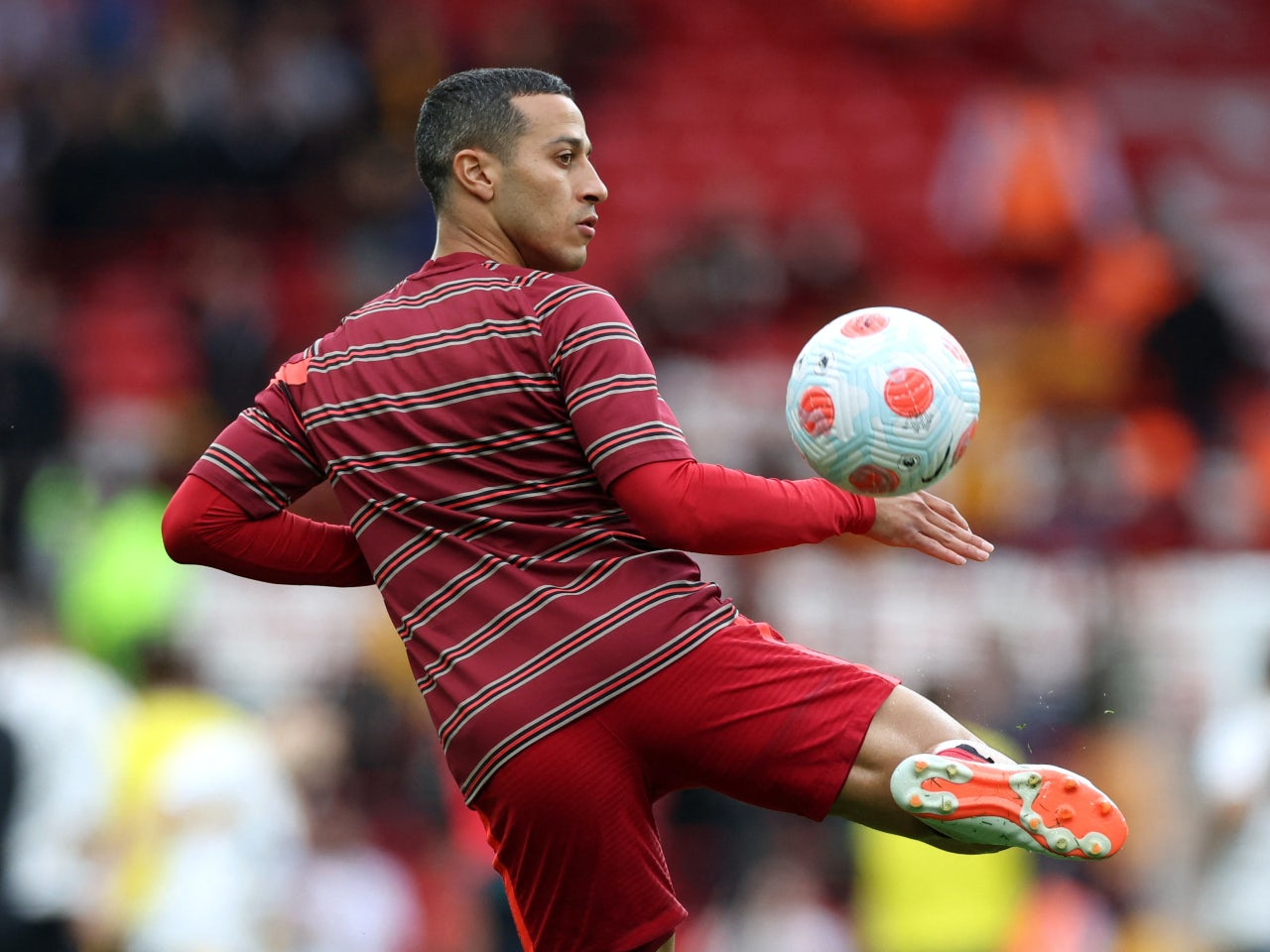 Liverpool duo Thiago Alcantara and Fabinho both start against Real Madrid in the Champions League final at the Stade de France.

Liverpool duo Thiago Alcantara and Fabinho have both been passed fit to start against Real Madrid in the Champions League final at the Stade de France.

Thiago was initially expected to miss out with the Achilles problem he sustained against Wolverhampton Wanderers on the final day of the Premier League season, but scans did not reveal any significant damage.

The Spaniard therefore rejoins the engine room alongside Jordan Henderson and Fabinho, who had already declared himself fit for the showpiece event before fully recovering from his hamstring injury.

There are no real surprises at the back from Jurgen Klopp, who has kept faith with Champions League regular Ibrahima Konate to line up alongside Virgil van Dijk, with Joel Matip on the bench.

Trent Alexander-Arnold and Andy Robertson are among those with painful memories of the 2018 final, and the duo earn expected starts in the full-back areas.

Mohamed Salah has also been declared fit to line up in the final third alongside Sadio Mane and Luis Diaz, as the January arrival forces Diogo Jota and Roberto Firmino to take their spots in the dugout.

Joe Gomez, Thiago and Fabinho’s returns means that Divock Origi is the only absentee for Liverpool through injury, and the Belgian striker has therefore played his final game for the club ahead of his imminent departure.