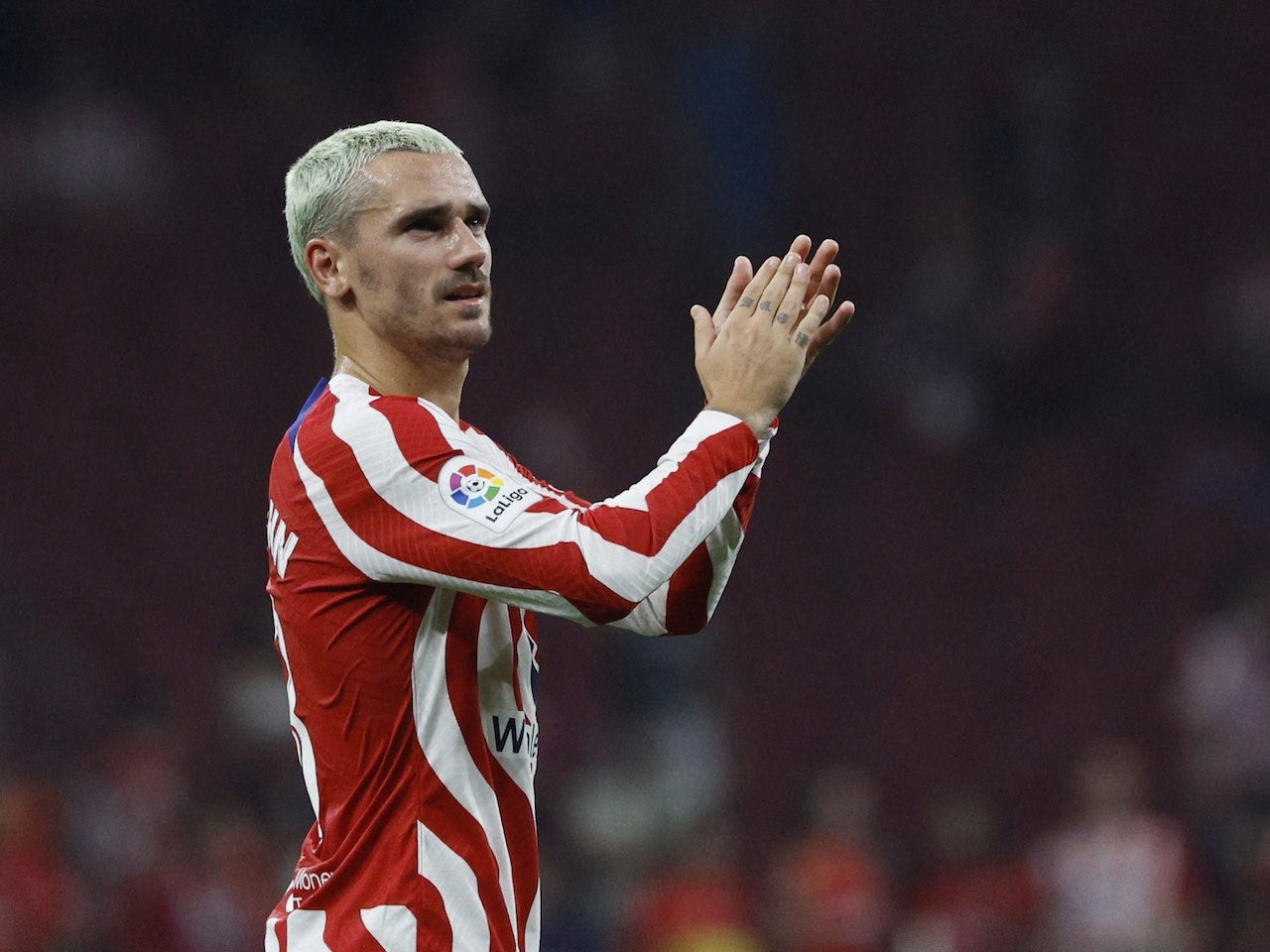 Antoine Griezmann is in the Atletico Madrid XI for Sunday night’s Madrid derby with Real Madrid.

Antoine Griezmann has been handed his first start of the campaign, as Atletico Madrid welcome Real Madrid in the Madrid derby on Sunday night.

A complicated clause involving his loan move from Barcelona has seen Griezmann used entirely off the bench in the second half of matches during the 2022-23 campaign.

However, the France international is named in the starting team for this match, featuring alongside Joao Felix in the final third of the field.

There had been doubts over Jan Oblak‘s fitness ahead of this match, but the club’s number one goalkeeper starts, while it is a back three of Felipe, Axel Witsel and Reinildo, with Jose Gimenez and Stefan Savic both on the sidelines through injury.

Geoffrey Kondogbia plays in midfield alongside Rodrigo De Paul and Koke, with Yannick Carrasco and Marcos Llorente operating in the wing-back areas for Diego Simeone‘s side.

Thomas Lemar and Sergio Reguilon are out of the contest through injury, but the likes of Angel Correa, Alvaro Morata and Saul Niguez are on the bench.

There are four changes from the side that started the defeat to Bayer Leverkusen in the Champions League last time out, with De Paul, Kondogbia, Griezmann and Carrasco coming in for Nahuel Molina, Saul, Mario Hermoso and Morata.