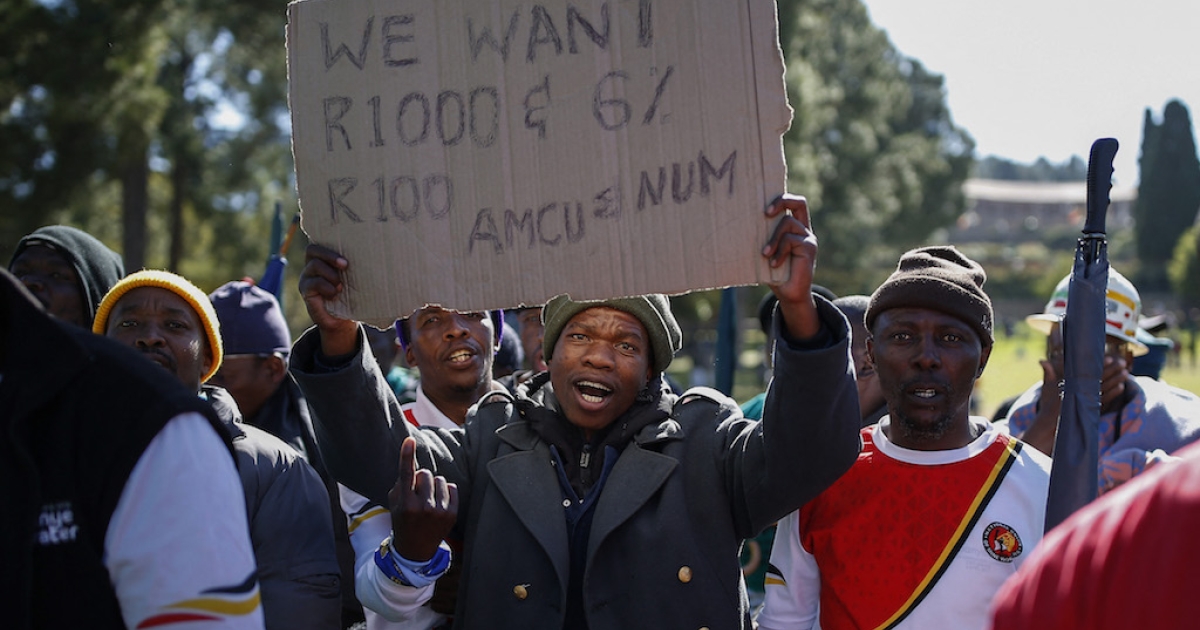 PRETORIA – The Sibanye-Stillwater miners are still camped outside the Union Buildings in Pretoria.

They say they will not move until President Cyril Ramaphosa intervenes in their protracted wage dispute.

Ramaphosa vowed to deal with workers’ grievances at Cosatu’s May Day rally.

Now, mineworkers are holding him to that promise.

They want his intervention in a four-month-long wage strike.

Workers are demanding a 6 percent salary increase but the mine says the demand is not sustainable.