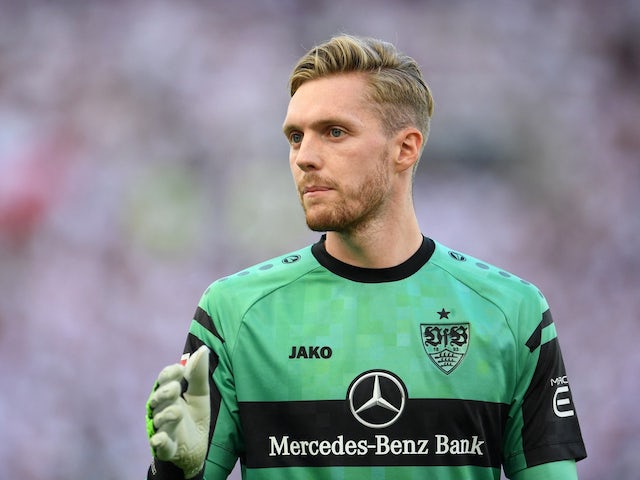 Stuttgart host Freiburg in the Bundesliga on Saturday.

Stuttgart are unbeaten with two draws from their opening two matches, while Freiburg have won one and lost one.

After claiming an impressive draw against RB Leipzig on the opening day, Pellegrino Matarazzo‘s side would have travelled to newly-promoted Werder Bremen with confidence of winning the game.

And, despite falling behind after only four minutes to Niclas Fullkrug‘s bullet header, they were moments away from doing exactly that after Wataru Endo and Silas struck either side of half-time, but Oliver Burke came off the bench to score a dramatic equaliser in injury-time.

Regardless, Matarazzo would have been pleased with his side’s performance. After producing a backs-against-the-wall display versus Leipzig, Die Roten showed they can dominate matches, too, with 14 shots – an impressive seven of which were on target – to Bremen’s five across the 90 minutes.

Silas’s strike was his first Bundesliga goal in over 18 months, too, after a desperately unlucky period with injuries. The winger was superbly played in behind by Sasa Kalajdzic‘s slide-rule pass, with Matarazzo understandably determined to retain the services of his star striker despite interest from elsewhere.

The 44-year-old will hope his side’s first win of the season comes sooner rather than later, but he will know it will not be easy against Freiburg, whom they lost to both home and away last season.

After a dominant 4-0 win away to Augsburg on the opening day, Freiburg looked set to go on a run having finished sixth last season as well as losing to Leipzig in the DFB-Pokal final.

However, after Michael Gregoritsch bagged his second goal in two games with another towering header to provide them with a half-time lead against Borussia Dortmund last Friday, Breisgau-Brasilianer were stunned late on after looking likely to hold onto a crucial victory.

Credit must go to Dortmund boss Edin Terzic, who acted swiftly and decisively by making several changes to try and positively influence his side’s suffering performance levels. In the end, it was three substitutes who turned the game around, with teenagers Jamie Bynoe-Gittens and Youssoufa Moukoko scoring the crucial goals before Marius Wolf wrapped up a smash-and-grab win late on.

Bynoe-Gittens’s speculative effort from 25 yards should have been comfortably dealt with by Freiburg goalkeeper Mark Flekken, but the usually reliable stopper’s attempted catch went horribly wrong as the ball squirmed through his hands and over the line.

Christian Streich has been in charge of Freiburg since 2011, so he has seen it all before and will not concern himself with what was a bit of a freak defeat in reality. He is still clearly taking Freiburg on an upwards trajectory and they will be confident of proving that in Stuttgart on Saturday.

Stuttgart remain without Tanguy Coulibaly due to a toe injury, while fringe players Nikolas Nartey (match fitness) and Florian Schock (COVID-19) are ruled out, too.

Borna Sosa returned from the substitutes’ bench during the 2-2 draw with Werder Bremen, and Matarazzo may be tempted to throw him in from the start despite the wing-back’s lack of match fitness, in turn allowing Silas to operate in a more advanced area of the pitch.

Freiburg, meanwhile, will travel without Lucas Holer, who has missed the opening weeks of the season with a metatarsal fracture.

Kevin Schade (abdominal strain) and Kimberley Ezekwem (tendon) will also stay at home, with Streich unlikely to make any changes for the second week running.

Gregoritsch will hope to add to his blistering start following his move from Augsburg earlier this summer, in what is likely to be a fascinating battle of two big strikers with Kalajdzic starting at the opposite end of the pitch.

We expect a fascinating tactical battle in Stuttgart on Saturday, with both teams capable of counter-attacking in the blink of an eye.

Freiburg are a more consistent collective unit, though, and we expect them to bounce back from their unfortunate defeat to Dortmund with a narrow victory.

Our expert tipster partners at Sporita.com are predicting under 3.5 goals in this match. Click here to find out what else they are predicting for this game and for more of their tried-and-tested football tips.Under 3.5:data
ID:492505:1false2false3false:QQ:: from db desktop :LenBod:collect11436: