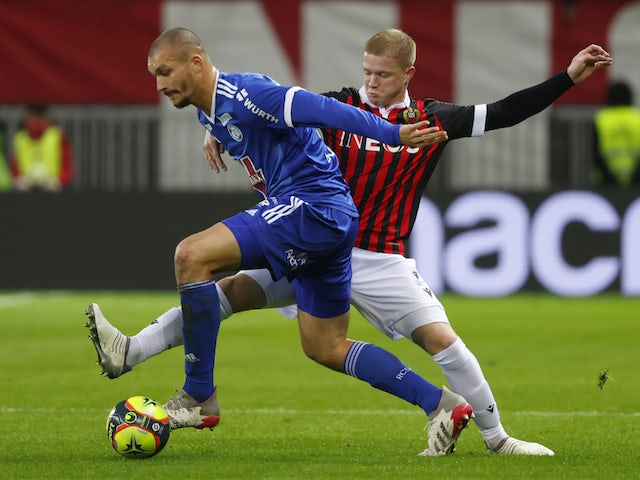 Two teams without a win in the opening couple of Ligue 1 games will meet on Sunday as Strasbourg welcome Reims to Stade de la Meinau as each club aims to begin pushing up the table.

While the hosts have managed to draw one of their fixtures, the visitors head into this one on the back of two defeats, as they currently find themselves at the foot of the table.

After a strong 2021-22 campaign from Strasbourg which saw them narrowly miss out on a European place by three points, the opening two fixtures this time around have not been as impressive.

They kicked things off with a 2-1 defeat at home against Monaco, where two goals in the space of 10 minutes proved to be enough for the visiting team, and Habib Diallo‘s finish was nothing more than a consolation.

However, Julien Stephan‘s men were more impressive during their most recent outing, which was an away trip to face Nice where they came back from behind to earn a 1-1 draw.

It was Kevin Gameiro who brought his team back into things in that particular game, and the squad will now be hoping to kick on by picking up their first three points of the season this Sunday.

However, Strasbourg will need to do a little more than they did last season, as both of their Ligue 1 encounters against Reims finished 1-1 during the 2021-22 campaign.

The visitors have also played twice in the current campaign, but unlike their opponents, they are yet to earn a single point, which they will want to change this weekend.

Reims are already bottom of the division, and a big part of that is down to their poor goal difference, which is because they have not been strong enough at the back.

In each fixture they have played so far, Oscar Garcia‘s men have conceded four times, which has proven to be a major problem for them.

This was particularly true in their most recent match against Clermont Foot, where they actually managed to score twice via Kamory Doumbia and Folarin Balogun.

Unfortunately, their comfortable two-goal lead ended up being dismantled in the second half, which was largely down to the fact they had to play it all with 10 men after Emmanuel Agbadou was sent for an early shower just after the break.

Strasbourg were without a trio of players during their last encounter as Nordine Kandil (muscle), Eiji Kawashima (shoulder), and Lebo Mothiba (illness) were all unavailable, but the latter might be fit enough this time around to feature in the squad.

The hosts are likely to continue operating with three at the back, while Dimitri Lienard and Thomas Delaine look to provide as much width as possible in the wing-back roles.

The visitors will be forced into making at least one change from the starting lineup that was beaten last weekend due to Agbadou being suspended for this one following his red card.

Junya Ito could end up earning a place in the team because of that, as he was used as a substitute for Reims in that game, with a big focus for the squad being on tightening up at the back this weekend.

While these two teams shared the spoils twice in the previous campaign, things could turn out slightly differently in this early-season encounter.

The main reason for that is how susceptible Reims have appeared at the back, which is something that will likely give the hosts hope that they can take all three points here.

Our expert tipster partners at Sporita.com are predicting a home win in this match. Click here to find out what else they are predicting for this game and for more of their tried-and-tested football tips.Home Win:data
ID:492561:1false2false3false:QQ:: from db desktop :LenBod:collect10190: