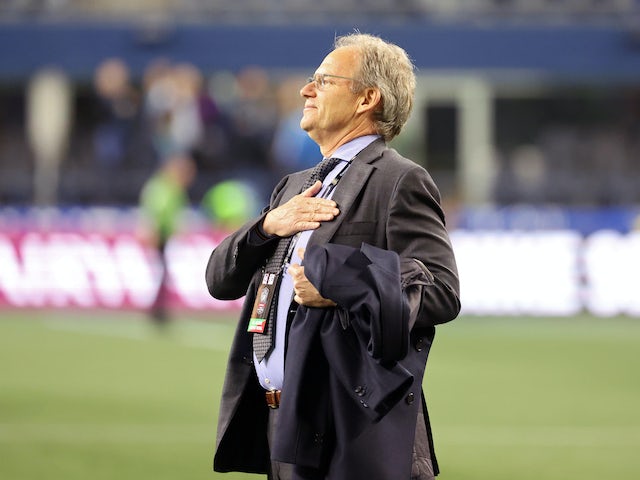 Charlotte FC head to Lumen Field in search of their first-career road victory in Major League Soccer as they battle the Seattle Sounders for the first time in franchise history on Sunday.

The Sounders dropped a 1-0 decision last weekend against the Colorado Rapids, while Charlotte moved into a top seven position in the Eastern Conference with a 2-1 win over the Vancouver Whitecaps.

With their historic CONCACAF Champions League (CCL) title now in the rear-view mirror, Seattle have an opportunity to make up a lot of ground in this MLS campaign, with their next five games taking place in the Pacific Northwest.

Currently sitting 12th in the Western Conference, five points back of a playoff berth is strange given the success of this franchise, though there is plenty of big-game experience within this group, who are capable of turning their fortunes around.

The joint top defensive unit in the league for goals conceded in the 2021 regular season have looked a lot sharper in that area of the field lately, allowing a goal or fewer in all of their matches played this month.

When you look at the roster, it is clear that they are a side built to stretch the field, forcing opposing defensive units to commit players to one area of the pitch.

They may not possess the speediest of wingbacks, however, they are an intelligent squad, capable of picking the right moments to make darting runs, while moving the ball up the field quickly.

Timing your runs and knowing when to pass the ball to your onrushing teammates can be critical to your success, and Brian Schmetzer has seen his players do a much better job at feeding their wide players in stride, making them a lot more dangerous on the counter.

Sitting in a playoff position after 13 games of their inaugural MLS campaign is not what many would have expected from The Crown at this point.

Manager Miguel Angel Ramirez deserves a lot of credit for what his team have accomplished in the early portion of this season.

This expansion side are taking full advantage of the large home crowd in North Carolina, with 15 of their 16 points coming at Bank of America Stadium.

It is clear that this group have overachieved thus far, but we will see what they are made of in the weeks to come, as three of their next four matches will be on the road.

In general, Charlotte have looked compact and difficult to break down, while they rarely beat themselves with mental lapses or giveaways.

There seems to be some raw talent in the attack, though it does not appear as though there is a consistent and dependable number nine who they can count on to win matches.

Sometimes hard work and perseverance can win the day, and even though they are not the flashiest of sides, The Crown show a tireless collective effort over 90 minutes.

A week ago, Alex Roldan missed the Sounders’ away loss to the Rapids after receiving a pair of cautions in their previous encounter versus the Houston Dynamo, while Joao Paulo remains sidelined with an ACL tear.

Their leading goalscorer from a year ago, Raul Ruidiaz, has come alive in recent fixtures, scoring twice in his last three games, Cristian Roldan had a goal, and an assist in their previous home encounter versus Minnesota United (3-1) and goalkeeper Stefan Frei moved into third all-time in MLS clean sheets when his side defeated Houston 1-0 last week.

Cristian Roldan and Jordan Morris received call-ups to the US Men’s national team for their upcoming friendlies and CONCACAF Nations League encounters.

At the moment both of them are tied for the team lead in goals with Ruidiaz and Nicolas Lodeiro, who have all tallied twice.

Daniel Rios has two goals in his last two matches in all competitions for Charlotte, notching the winner at home versus the Vancouver Whitecaps (2-1).

He also answered the opener from Patryk Klimala at the U.S. Open Cup in midweek against the New York Red Bulls, though The Crown wound up losing 3-1.

Vinicius Mello remains out following his left foot surgery, Chris Hegardt and Adam Armour are both recovering from left knee surgery, Yordy Reyna has a sore left thigh, Pablo Sisniega has a concussion and Christian Fuchs will be questionable because of a right thigh injury.

Andre Shinyashiki has scored two goals since joining Charlotte from Colorado, Karol Swiderski leads them in that department with four and Christian Ortiz picked up his first assist of the campaign in their victory last week against the Whitecaps.

As surprising as Charlotte have been through the first 13 games of the season, they have yet to show that they can do anything more than keep a match close away from home.

The Sounders know that the schedule over the next few weeks is in their favour, and one thing about this club is that they rarely miss an opportunity presented to them.