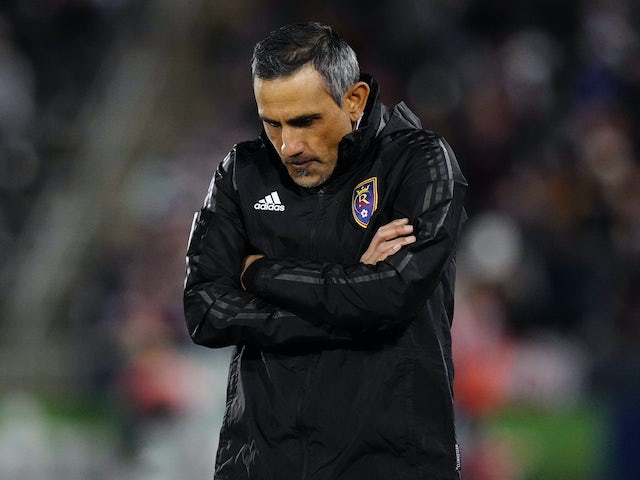 The Los Angeles Galaxy have a chance to best their longest unbeaten run from a season ago in Major League Soccer when they head to Rio Tinto Stadium on Saturday for a date with Real Salt Lake.

Heading into the final match of April, Claret and Cobalt are winless in six consecutive games in all competitions, while LA have not lost this month after defeating Nashville SC 1-0 last Saturday.

RSL just wrapped up a demanding schedule that saw them play six of their previous nine MLS fixtures away from home.

That stretch of games started well, earning at least a point in the first four of those encounters, but lately they seem to be missing that killer instinct in the final third, going goalless in three consecutive matches in all competitions, including an elimination from the U.S. Open Cup at the hands of Hailstorm FC (1-0).

Pablo Mastroeni is a risk-taker, encouraging his fullbacks to come forward and add an extra dimension to the attack, though that approach came back to bite them when they conceded six times to the reigning MLS Cup champions, New York City FC (6-0), tying a record for the worst defeat in franchise history.

Since that loss, we have seen them put a stronger emphasis on coming back and holding their positions while they have also been a lot more passive in transition, firing only two efforts on target against the Portland Timbers, with only 34% possession, though still managing a 0-0 draw.

The departure of Albert Rusnak to the Seattle Sounders left a massive hole in their midfield as he was one of their best playmakers last season, and after nine games this year, it is clear that they are still missing a creative player with his kind of vision to pick out their strikers and provide more quality scoring opportunities.

They did their main job last weekend, which was to stop the bleeding, though RSL still lack sharpness and precision when they have the ball.

After a disappointing opening campaign as manager, Greg Vanney has said that the 2022 season will be all about winning trophies, and there is no doubt that at the moment the Galaxy are contenders to capture another MLS Cup.

The most successful side in league history have only made the playoffs once over the last five years, though they look like a different team after eight matches this year when compared to all of those previous disappointments.

In 2021 Los Angeles were a little too dependent on their potent attacking players, such as Chicharito, seemingly always needing to score multiple goals to win matches.

So far this year, we have seen them transition into a side with a lot more structure and poise on the back end, posting four clean sheets domestically, failing to concede in their previous three matches played in all competitions.

Consistency from one game to another has improved tremendously for them so far this season, losing only two matches and always being able to follow up a victory with at least a point in their subsequent encounter.

Their free-flowing attack play saw them vulnerable to the counter a year ago, however in 2022, the Galaxy have adjusted well when losing possession as the midfielders have done a much better job at coming back in support to cover any open space.

RSL continue to deal with several players on the injured list as Zack Farnsworth has a right ankle issue, Bret Halsey missed the last game due to a sore ankle, Erik Holt has a problem with his left foot and Johan Kappelhof is nursing a left calf injury.

Jonathan Menendez has an adductor strain, Damir Kreilach missed their match on Saturday with a back injury and first-choice goalkeeper David Ochoa is unlikely to be available after being called up to the Mexican national team, sitting on the bench in their 0-0 draw with Guatemala on Wednesday.

Defender Jaziel Orozco is on international duty with the under-20 US national team, while Zac MacMath has been a busy man in between the sticks for Claret and Colbalt, as he is tied for the league lead in saves alongside Alex Bono of Toronto with 36.

Galaxy keeper Jonathan Bond has only faced one shot on target in his last two games played, currently second in MLS when it comes to clean sheets with four, one behind Gabriel Slonina and Pedro Gallese.

Adam Saldana has a problem with his left ankle, Jorge Villafana is nursing a left knee issue and Victor Vazquez remains out with a right upper leg injury.

Dejan Joveljic scored his first of the year for LA four minutes from time in their victory versus Nashville with Derrick Williams collecting his first assist of the campaign on that play, while Julian Araujo, Raheem Edwards and Efrain Alvarez were the only players that started in their U.S. Open Cup victory who kept their place in the starting 11 against The Boys in Gold.

RSL have struggled to find much creativity going forward, while also enduring a dry spell upfront at the moment, and it will be challenging to find openings against a much-improved defensive unit in LA, who still have a lot of quality in the attacking third.