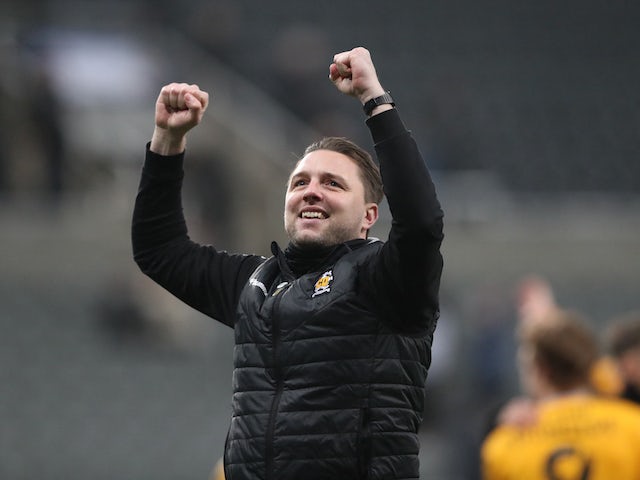 Two sides battling for a place in the top half of the League One table will meet on Tuesday, as Cambridge United welcome Charlton Athletic to the Abbey Stadium.

The hosts have climbed up to 12th spot thanks to an impressive run of form, while their visitors sit 15th, four points behind with three games left to play.

Following their promotion from League Two last term, Cambridge United have continuously impressed in England’s third tier and have put themselves in pole position for a top-half finish thanks to an impressive run of results in recent weeks.

With 45 points from 38 outings, Mark Bonner‘s side looked set for a lower mid-table finish, one that would have been commendable for their first campaign back at this level, but they have since won four of their last five league games to rise up to 12th.

After hard-fought 1-0 wins over AFC Wimbledon and Ipswich Town, the U’s were on the wrong end of a 4-1 thrashing against Wycombe Wanderers, but they have been able to bounce back instantly with consecutive victories heading into Tuesday.

Bonner’s men firstly returned to winning ways with a 2-1 defeat of Morecambe on home turf, thanks to goals from Sam Smith and Joe Ironside, before securing an eye-catching victory by the same scoreline away at league leaders Wigan Athletic, with Smith again on the scoresheet alongside Harvey Knibbs.

Thanks to that surprise result, the U’s have leapfrogged Cheltenham Town and moved into 12th place in League One, and they will aim to take a big step towards what would be an impressive top-half finish with a win over a member of the chasing pack on Tuesday.

They welcome a Charlton Athletic side who have been unable to establish any consistency this season, despite setting high aims to be in the mix for promotion.

A run of five straight defeats in February was a particular low point for Johnnie Jackson‘s man, who consequently fell deep into the bottom half of the League One table but were briefly able to bounce back, putting three consecutive wins together as they beat Gillingham, Burton Albion and Doncaster Rovers.

Following an impressive 1-0 away victory over promotion-chasing Rotherham United, thanks to George Dobson‘s goal, the Addicks most recently hosted Morecambe on Friday, but they were handed a 3-2 defeat as Cole Stockton hit a goal for the hosts alongside an Arthur Gnahoua brace, with goals from Jayden Stockley and Chuks Aneke not enough to salvage a result for Charlton.

That has left the Addicks 15th in League One, and, with only three games left to bridge a four-point gap if they are to achieve a top-half finish, they will know the importance of a win over the current 12th-placed side on Tuesday.

Cambridge United could remain without creative midfielder Wes Hoolahan, who missed out on the recent trip to Wigan through injury.

In his absence, Harvey Knibbs impressed with the midfielder adding to his goal tally alongside Sam Smith.

That duo should again support lone striker Joe Ironside, who has netted 14 League One goals this term.

Charlton Athletic centre-back Ryan Inniss will serve the final game of a suspension on Tuesday, while key defender Sam Lavelle should also continue to miss out due to an injury.

Despite their league position, Jackson has a strong and deep squad at his disposal, and the likes of Chuks Aneke and Conor Washington are pushing to start up front while Jake Forster-Caskey could be given the nod in midfield.

Their attack will be led by Jayden Stockley, who has hit 12 goals in 30 league appearances this season, while Alex Gilbey and George Dobson remain key men in the centre.

Charlton Athletic are far from their best, while the hosts seem to have gained plenty of confidence, and we fancy a home victory as a result.

Jackson’s men appear to be winding down after an underwhelming season and may be outclassed by a U’s side in high spirits.

Our expert tipster partners at Sporita.com are predicting under 2.5 goals in this match. Click here to find out what else they are predicting for this game and for more of their tried-and-tested football tips.Under 2.5:data
ID:483560:1false2false3false:QQ:: from db desktop :LenBod:collect10680: