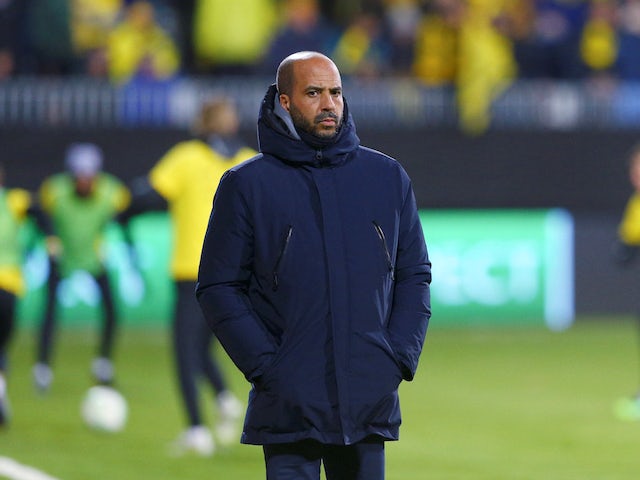 AZ Alkmaar and Gil Vicente will begin their battle for a place in the UEFA Europa Conference League group stage on Thursday, when they square off in the first leg of their playoff tie in the Netherlands.

The Portuguese outfit cruised past Riga in the previous round, while their hosts dished out a thrashing to Dundee United in their third-round second leg after a slight scare.

AZ Alkmaar are vying to reach the Europa Conference League for the second time after making it to the knockout stage last season, only to lose to Bodo/Glimt in the round of 16.

Having finished fifth in the Eredivisie and thrashed Vitesse in the playoff final last year, the Kaaskoppen entered qualifying in the second round and cruised through with a 5-0 aggregate win over Tuzla City.

They then met Dundee United, and after a shock 1-0 defeat in Scotland, Pascal Jansen‘s side would quickly turn the game on its head, dishing out a 7-0 beating on home turf as Vangelis Pavlidis and Tijjani Reijnders hit braces alongside goals from Hakon Evjen, Dani de Wit and Mayckel Lahdo.

On the back of that rampant display, AZ returned to Eredivisie action at the weekend, and they made it two wins from two league games with a 3-2 triumph away at Sparta Rotterdam, as Pavlidis and De Wit were again on the scoresheet before Milos Kerkez hit the decisive goal in the 65th minute.

Now aiming to get into the group stage for the second time and improve on last season’s performance, Jansen’s side will look to get on the front foot on home turf on Thursday and take a lead before their trip to Portugal.

Their visitors arrive hoping to follow up an impressive season by booking their place in the Conference League group stage, having entered in the third round after a fifth-placed finish in the Portuguese top flight last time around.

The Gilistas were drawn against Riga FC and drew 1-1 away from home thanks to Juan Manuel Boselli‘s second-half equaliser, before putting up a dominant victory in the second leg.

An early Ngonda Muzinga own goal put them in the ascendancy, and Kevin Villodres quickly doubled their lead before Fran Navarro wrapped up a 4-0 win on the night with a brace.

Now hoping to bounce back from a 1-0 league defeat to Arouca last time out, following an opening-day win over Pacos de Ferreira, Ivo Vieira‘s side will look to cause somewhat of an upset in their trip to the Netherlands before next week’s home leg.

AZ Alkmaar have little reason to stray from the team that thrashed Dundee United in the second leg of their third-round tie, with Jansen opting to deploy an unchanged starting XI at the weekend against Sparta Rotterdam.

Vangelis Pavlidis is bound to play an important role in attack, having already netted five goals and provided four assists in six appearances across Eredivisie and Conference League action so far this season, while Dani de Wit is another key man going forward and will again play just behind the lone striker.

Jordy Clasie and Tijjani Reijnders will operate at the base of midfield, with Bruno Martins Indi, who boasts 36 Netherlands caps, set to captain the team from the heart of the defence.

Gil Vicente boss Vieira only made one change to their starting XI between the second-leg win over Riga and the clash with Arouca at the weekend, and we should again see a familiar setup on Thursday.

Fran Navarro will again lead the line after his double in that 4-0 win, while Ali Alipour will also be hoping for a starting berth, having scored the winner against Pacos de Ferreira off the bench on his debut after a summer switch from Maritimo.

Elsewhere, Kevin Villodres and Juan Manuel Boselli are set to feature on the wings with Vitor Carvalho continuing to anchor the midfield, likely behind Kanya Fujimoto and Pedro Tiba.

Gil Vicente put up an eye-catching display in their home leg against Dundee United, and they certainly have the potential to challenge their hosts, but we see Thursday’s trip being a step too far and back the Dutch outfit to take a healthy lead to Portugal.