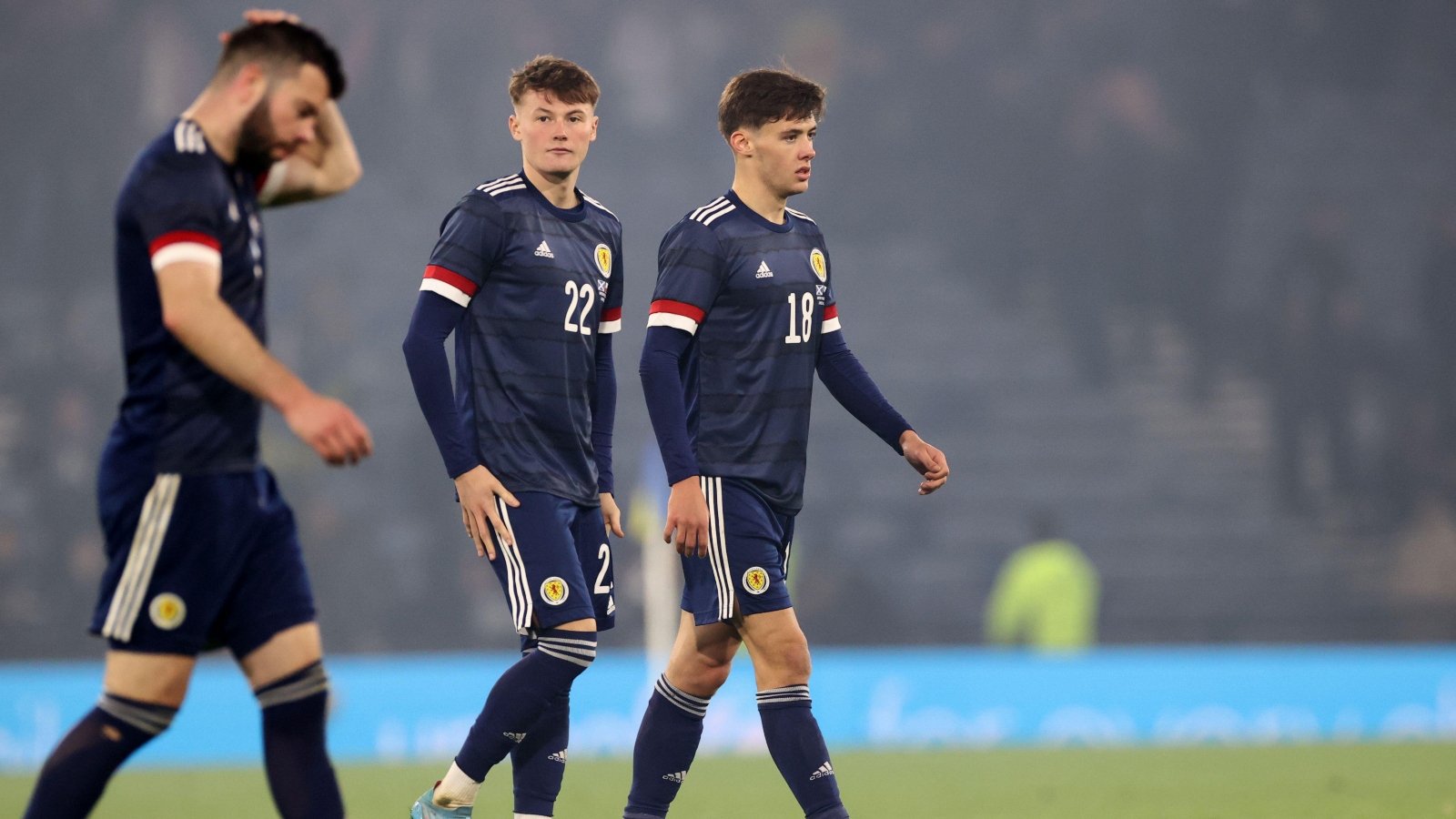 Aaron Hickey insists that he is only thinking about his Bologna future amid reported interest from a number of Premier League clubs.

The versatile defender joined Bologna for around £1.5m in 2020 after a successful spell with Hearts.

Hickey has made 31 appearances in the Serie A this season, scoring five goals in the process. He also made his senior Scotland debut during last month’s friendly against Poland.

Fabrizio Romano revealed last month that Newcastle are ‘interested’ in the 19-year-old – who will reportedly cost between £15-20m.

Numerous Premier League clubs, as well as AC Milan, have been linked with Hickey with a report earlier this season claiming that the league’s ‘big six’ are all tracking the youngster.

However, Hickey is not distracted by the interest, insisting that he still has a lot of improving to do.

He said (via the Daily Record): “My goal this season was to play more games than last season. I achieved that aim and that’s something I am very happy about.

“The important thing is to keep my head down and keep improving with a coaching staff that are helping me a lot.

Scotland left-back Aaron Hickey has the fifth most goals scored by a teenager in Europe’s top 5 leagues this season.

All players level & ahead of him are attackers. pic.twitter.com/sVpQmVNzqT

“Now I think about my future only here in Bologna.

“The way we play helps me a lot compared to what I was used to in Scotland. In terms of my progress, I have to keep improving to gain experience and help the team.

“But personally, I think I still need to improve both in the attacking and defensive parts of my game.”

“I think so, yeah,” Saha said when asked if Howe deserves the award. “When you have competition like (Pep) Guardiola, (Jurgen) Klopp and (Thomas) Tuchel, it’s hard, but it shows he’s done an amazing job.

“When he arrived, they were favourites for relegation, and he’s built a dynamic team, played some very exciting football and defended well.

“The players he brought in had an impact and credit to him, and to the club who had the guts to make that decision at the right moment. It’s very important to recognise the immense impact Eddie has had.”