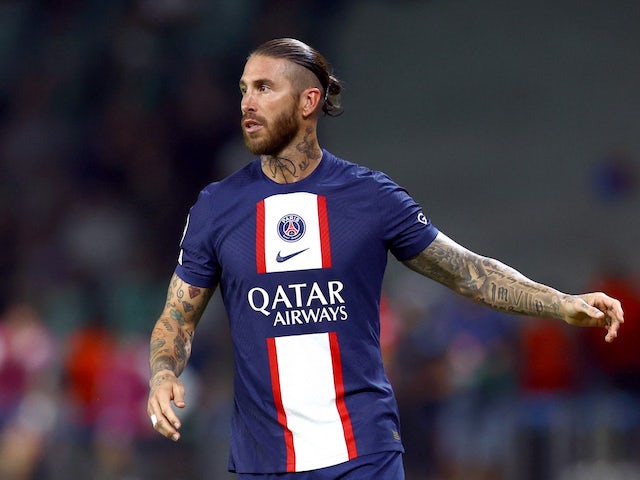 Paris Saint-Germain football advisor Luis Campos has revealed that the French champions want to renew the contracts of Lionel Messi and Sergio Ramos.

Both players arrived in Paris in the summer of 2021, with Messi joining after the expiration of his contract at Barcelona, while Ramos moved on a free transfer from Real Madrid.

Messi has scored 16 goals and registered 23 assists in 44 appearances for PSG, with the 35-year-old in strong form this term, scoring five times and contributing eight assists in 10 outings.

Ramos, meanwhile, has only featured on 23 occasions for the club, with the experienced defender struggling with fitness problems during his first campaign at the club.

The duo are both out of contract next June, but Campos has said that the Ligue 1 champions want to extend their deals in the near future.

“I am very happy with him. Last season was difficult for him. After being an icon in Barcelona for 20 years, he had to make a major life change, in a different place and in a different league than the Spanish one,” Campos told RMC Sport.

“He needed time. Now we see a Leo who will gradually reach the level we were used to. Renew? We have to win a lot, but hopefully he can stay.

“I am very happy with Sergio Ramos’ level. I think he is not happy with the last season of it. I know Sergio very well, I met him at Real, he is going to have a very good season. He is making progress, he is still efficient. Renewal? why not continue.”

Messi continues to be linked with a return to Barcelona, with the Catalan outfit allegedly not ruling out re-signing him on a free transfer next summer.

Campos also discussed the club’s summer transfer business, praising the late signings of Fabian Ruiz and Carlos Soler but admitting that PSG were not satisfied their window as a whole.

“We reached the end of the market without the desired balance or perfection. We have a huge quality in the squad, without a doubt. Then, in the end, we did not reach perfection. It is always difficult to achieve perfection,” Campos added.

“We don’t just talk to [Milan] Skriniar. In the end, we don’t have the player we need. If we are missing a piece, the puzzle is not complete.

“When we started designing the squad with Christophe Galtier, we came to the conclusion that we need versatile players who are capable of going long distances. Box to box, as they say in England.

“We want to unite defence and attack, and we are looking for players with that profile. Fabian Ruiz and Carlos Soler fit the bill, but they arrived very late and have not had much time to adapt to the idea. They need time.”