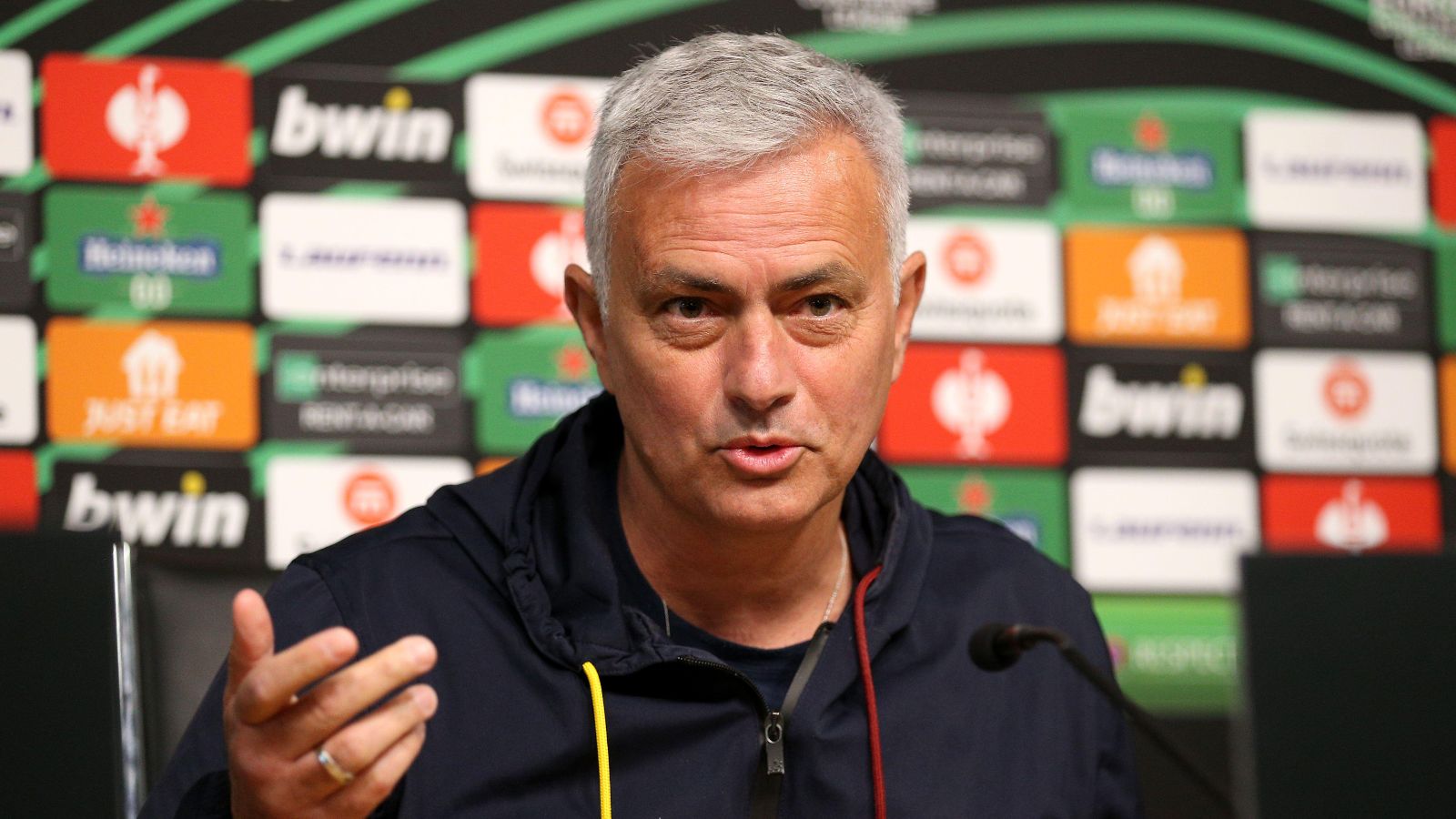 Roma manager Jose Mourinho has reflected on his Tottenham Hotspur departure and he has offered his thoughts on Daniel Levy.

Following spells at Chelsea and Man Utd, Mourinho replaced Mauricio Pochettino at Spurs towards the end of 2019.

Tottenham ended up finishing sixth in the Premier League at the end of the 2019/20 campaign.

The 59-year-old guided them to the final of the Carabao Cup. He did not lead his team out at Wembley though as he was sacked a few days before the final.

Mourinho left after 17 months in charge. Spurs were seventh in the Premier League when he departed.

Four days later, he was appointed by Roma. They have fared pretty well this season as they fit fifth in Serie A.

I Giallorossi will also face Leicester City in the semi-finals of the Europa Conference League. The first leg takes place on Thursday night at the King Power Stadium.

Prior to this clash, Mourinho suggested that Spurs chairman Levy is “quite a unique person”:

“I’m not afraid to win. I think Roma as a city, Roma as a club, my players, the people who work in the club, for the work we all did to improve, I think we deserve to be in the final,” Mourinho said (quotes via The Mirror).

“Unfortunately football doesn’t always give what you deserve and we have to beat a very good team. Am I afraid of winning the semi-final and being sacked – no.

“I have to admit in my long career, with so many things that happen, that one (the Tottenham sack) is quite unique. But I think also Mr Levy is quite a unique person in football.”

Elsewhere, Paris St Germain boss Pochettino has claimed that both he and Kylian Mbappe will “100 per cent” be at the club next season.

Asked in a press conference what the likelihood of him and Mbappe being at the club next term was, he replied: “100 per cent in both cases.”

“This is football and we never know what might happen. But I have to answer the question based on how I feel today. And that is what I have done.”