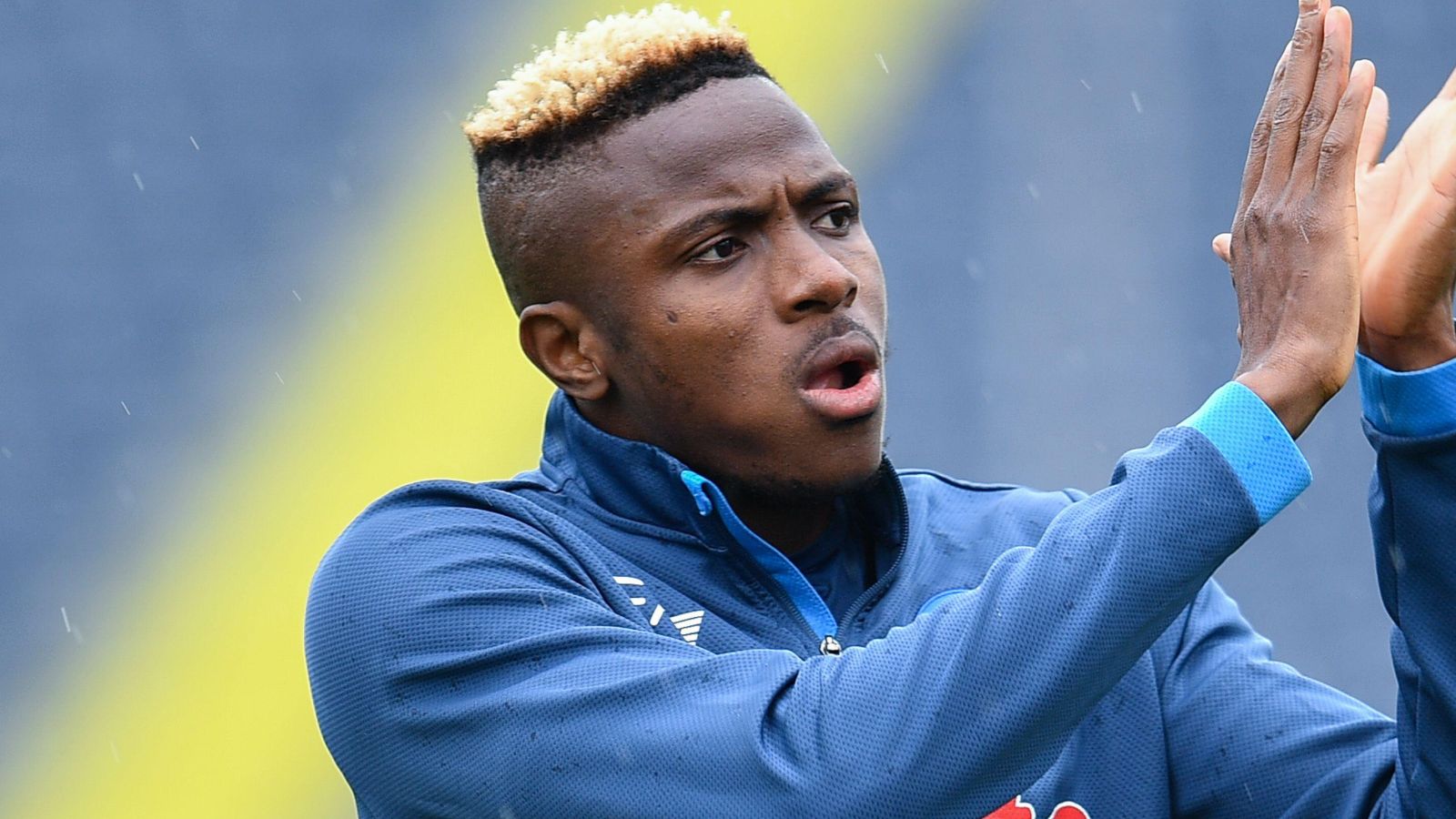 According to reports, Man Utd have lodged an ‘undeniable bid’ of ‘over €100m’ to sign forward Victor Osimhen from Serie A side Napoli.

Osimhen is reportedly one of the strikers Arsenal are looking to sign this summer.

The Nigeria international has grabbed 16 goals and five assists from his 28 outings this term. His side currently sit third in Serie A.

There is going to be a significant overhaul at Man Utd this summer. Erik ten Hag is set to take over from Ralf Rangnick ahead of next season.

La Repubblica (via Sport Witness) are reporting that Osimhen has the ‘temptation’ to join Man Utd.

They state that the player and his agent (Roberto Calenda) had a ‘secret meeting’ with Napoli chairman Aurelio De Laurentiis on Wednesday.

They discussed an ‘undeniable bid’ of ‘over €100m’ that has come in from Man Utd.

It is stated that Osimhen will give it his all to help Napoli qualify for the Champions League before he is ‘free to seek his fortune in the legendary Reds’ of Man Utd.

Elsewhere, Ralf Rangnick has explained how he would choose the Manchester United captain if he was in charge next season.

Current skipper Harry Maguire has been criticised for much of this season and with his place in the team less than secure there have been widespread calls for him to relinquish the captaincy:

Rangnick said: “I understand your question but again I think it doesn’t make sense because we all don’t know what kind of players will be here, what the group will look like.

“I can only tell you what I have done in the past when I was head coach or manager because in Germany it’s called ‘Mannschaftskapitan’ – the captain of the team.

“I strongly believe that the captain should be elected by the team because he’s called the team manager and we always did that.

“We always had the board, the group of four or five players – we called it the ‘Spielerrat’ [players’ council] elected by the players.

“The player with the highest amount of votes was the team captain at the end. That’s how I did it.

“I know that not a lot of head coaches do it that way. That’s what I would do if I was still the manager next season but in the end I’m not, so this is something that Erik will have to decide.”