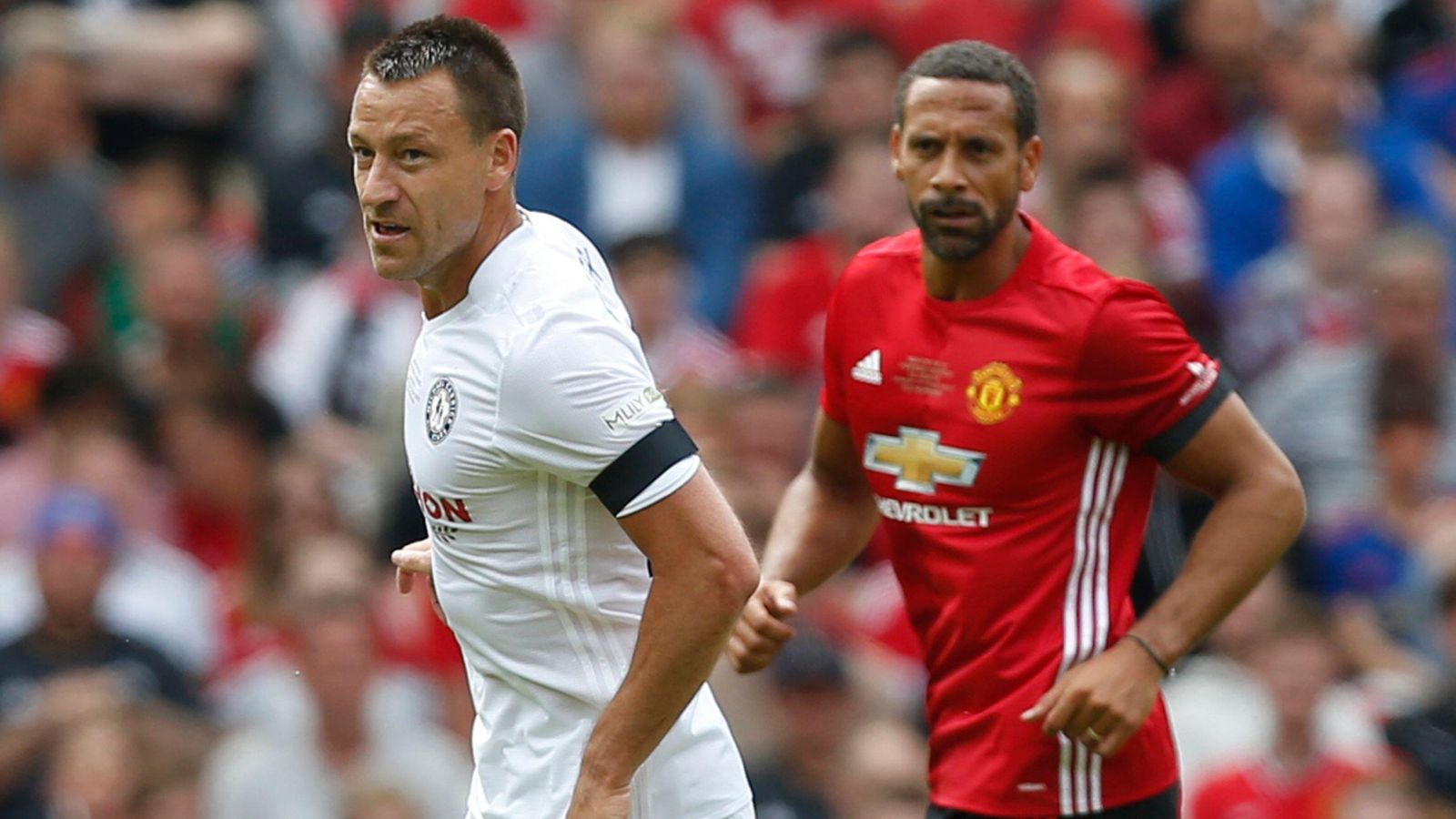 Speaking to Virgil van Dijk on his YouTube show ‘Between the Lines’, Ferdinand named the Liverpool defender and Jaap Stam above Terry in his top five Premier League centre-backs of all time.

Terry has more trophies than Van Dijk and Stam but Ferdinand – who put himself top of the list – was also judging it on ability as well as honours.

Ferdinand, who put himself and Man Utd team-mate Nemanja Vidic top two, said: “I believe I was number one. Serious. I’m going number one straight away.”

The Man Utd legend then put Van Dijk third but the Dutchman disagreed. He said: “I’ve only won one Premier League!” but Ferdinand added: “Yeah I know but I think the impact you have on the team is massive and your attributes will put you right in the top tier.”

On the former Chelsea captain, Ferdinand said: “In terms of his longevity at that club, what they won, body on the line, a much better footballer than people give him credit for, could play off his left and right foot.”

But following the seemingly innocuous interview, Terry took to Instagram to outline all his achievements in football, including the number of times he made a World XI.

Alongside a graphic of stats, Terry wrote: “Opinions are great but stats don’t lie…”

Former Man Utd centre-back Ferdinand wasn’t happy with Terry’s post and messaged him on Twitter before midnight on Thursday to make his feelings clear.

“The moment one has to start pushing their own records and stats it’s really time to start addressing the fragile ego,” he tweeted.

“You’re lucky I even put you in the top five after the racism case with my brother, so be thankful you made it.”

Terry was accused in 2011 of calling Anton Ferdinand a “black c***” in a heated London derby between Chelsea and QPR, something which he was cleared of in court at the time.

Terry replied to Ferdinand’s tweet, he said: “A fragile ego is putting yourself at number one. Thanks for putting me in your top five.”