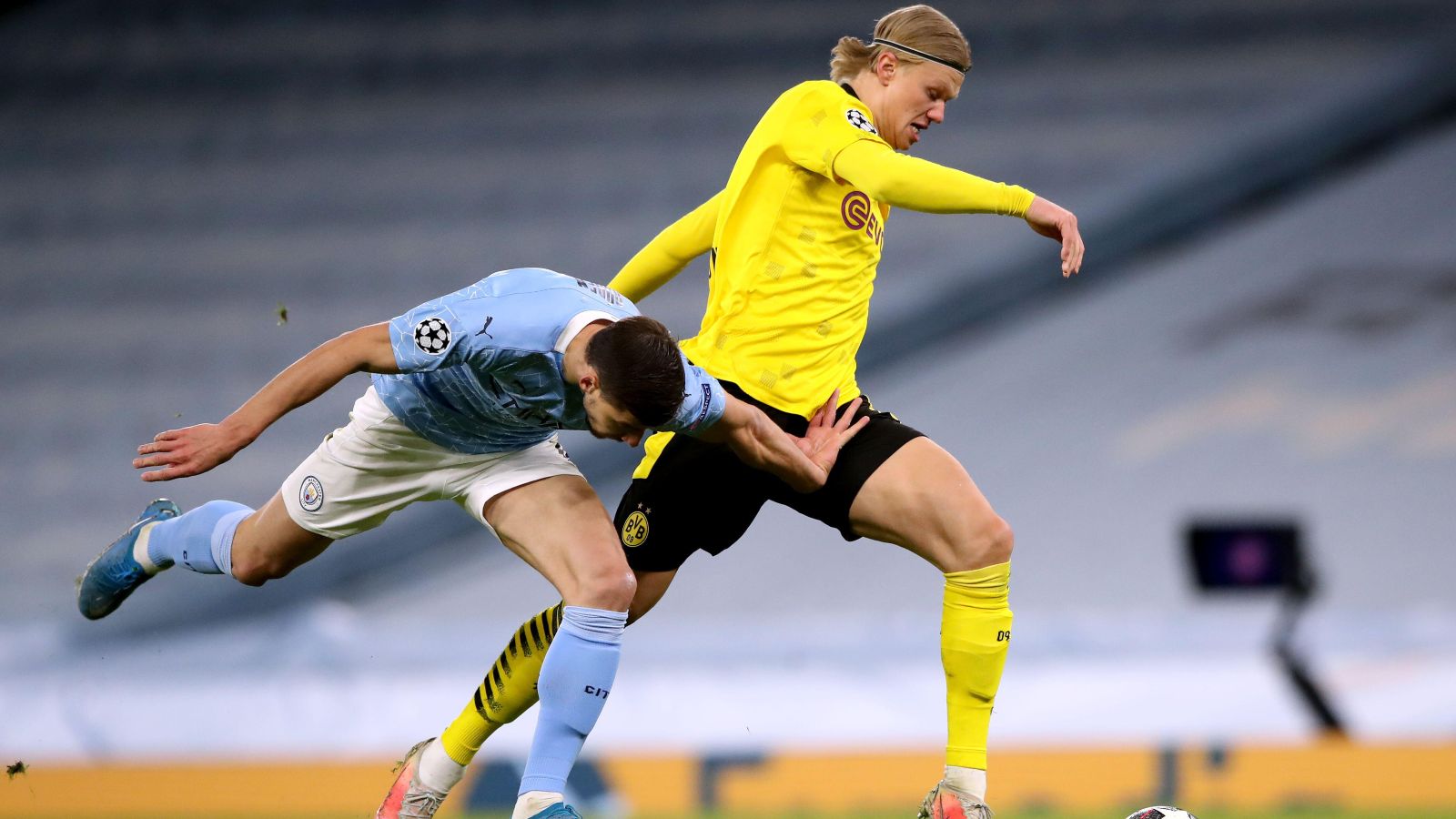 Rodri has acknowledged that Man City will “change” how they play next season so they can get the best out of Erling Haaland.

It was confirmed earlier this month that Man City had agreed a deal to sign Erling Haaland for £51m from Borussia Dortmund.

The 21-year-old previously came close to joining Man Utd but he instead opted to sign for Dortmund in 2020.

The forward netted 86 goals in 89 games for the Bundesliga side across all competitions. He netted 29 times in 30 outings during the 2021/22 season.

Man City have mostly played without a recognised striker over the past couple of years. They have still won the Premier League title in back-to-back campaigns.

Rodri is confident that Haaland will “fit in” well at Man City. He thinks that the forward is “an amazing physical specimen”:

“The Viking is joining,” Rodri joked during an interview with Diario AS.

“He is a player who’ll change the way we play. We use a false nine, which gives you some things but also takes away others. It was clear to me that Haaland would fit in.

“We had a space in the squad that he is going to fill. He is an amazing physical specimen.

“After playing against them in Dortmund, I said to Rúben Dias, who is also physically something else: ‘He battered right through you!”

Elsewhere, Ilkay Gundogan has revealed that he will sit down with the club soon to discuss his future at the Etihad Stadium.

Speaking to Kicker (via Sport Witness): “We will sit down together in due course and exchange our ideas and plans, and then we will see what comes out of it.

“Football-wise, there is certainly still no better address than Manchester City under Pep Guardiola, and I think that will hardly change in the next few years.

“Of course, I would have liked to play a little longer in one or two important games over the last few months. That’s not a secret. I am a player who always wants to play.”