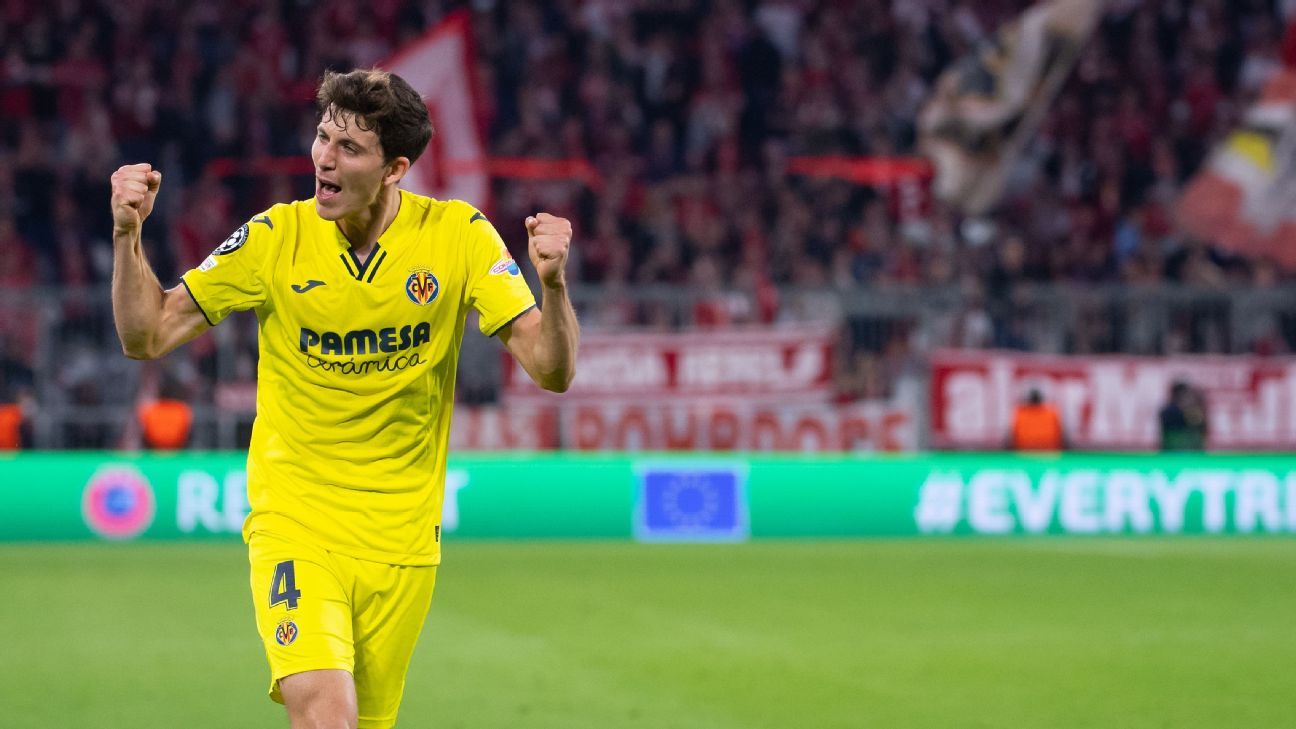 The summer transfer window is approaching, and there’s plenty of gossip swirling about who’s moving where. Transfer Talk brings you all the latest buzz on rumours, comings and goings and, of course, done deals!

Manchester City, Chelsea, and Manchester United are all interested in signing Villarreal defender Pau Torres in the summer, according to Fabrizio Romano.

While Torres remains focused on Villarreal’s Champions League semifinal clash with Liverpool on Wednesday, the 26-year-old could be open to an exit from El Madrigal in the summer.

A release clause in his contract worth around €60 million could see the three Premier League sides begin to advance negotiations, but it is unlikely to be without challenges from Spain, with Barcelona also in the mix.

Torres has featured 39 times for Unai Emery’s side across all competitions this season, with standout displays against Juventus and Bayern Munich during the Champions League knockout stages.

Chelsea manager Thomas Tuchel has reportedly scouted Torres, who could serve as a replacement for Antonio Rudiger. Sources told ESPN that Rudiger has reached a preliminary agreement to join Real Madrid on a free transfer this summer.

08.30 BST: Barcelona defender Ronald Araujo has agreed a new contract until 2026 with his release clause rising to €1bn, the club announced on Tuesday.

Araujo’s previous deal was due to expire in 2023 and ESPN revealed last month that both Manchester United and Liverpool were keen on signing the Uruguay international.

The money on the table from the Premier League sides was higher than Barca’s offer, but sources have told ESPN that the player’s priority was always to remain at Camp Nou.

– Jules Kounde wants to leave Sevilla at the end of the season, according to Ekrem Konur. The LaLiga club will be looking for a fee in the region of €70m if they are to part ways with the 23-year-old defender, with a move to Chelsea having been repeatedly linked.

– Arsenal have begun talks with the representatives of Manchester City’s Gabriel Jesus, reports Goal. The Premier League side are one of a number of clubs across Europe who are keen to sign the 25-year-old striker, and it looks as though Mikel Arteta’s side are moving quickly to try to beat other potential suitors to his signature.

– Geoffrey Kondogbia will remain at Atletico Madrid in the summer unless the club receives a significant bid for his services, writes Rudy Galetti. Aston Villa have recently been linked with the 29-year-old midfielder, with manager Steven Gerrard scouting him during his Champions League quarterfinal clash with Manchester City earlier this month.

– Tammy Abraham has reiterated his desire to remain at AS Roma beyond this season, according to Calciomercato. The 24-year-old striker joined the club from Chelsea last summer, and he has since become an important part of Jose Mourinho’s side, having contributed to 19 goals in 33 games in Serie A. It is reported that Arsenal have made him a priority target, but persuading Abraham to make the switch from Italy could be difficult.

– Newcastle United are plotting a £30m move for Tottenham Hotspur midfielder Pierre Hojbjerg, writes the Mirror. Spurs manager Antonio Conte could look to rebuild his squad in the summer, and the St. James’ Park hierarchy want to make the 26-year-old Denmark international a priority signing in midfield.