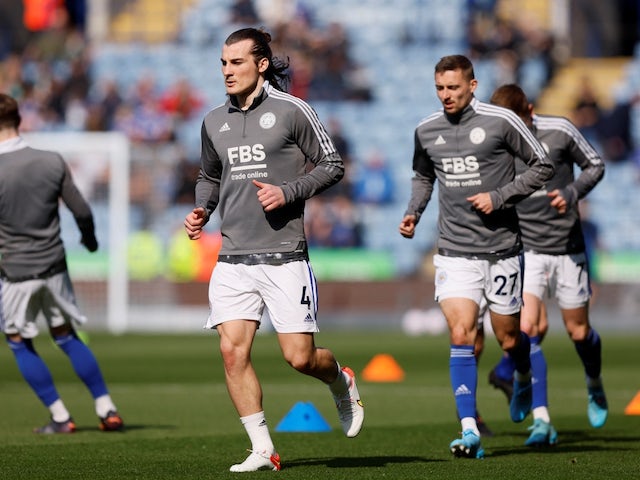 Leicester City’s Caglar Soyuncu will join Atletico Madrid on a free transfer next summer, according to a former coach of the centre-back.

The Turkey international enjoyed a breakthrough year at the back for the Foxes in the 2019-20 Premier League season and was named in the PFA Team of the Year.

Soyuncu then won the FA Cup and Community Shield with Leicester in 2021, but his career at the King Power has since taken a nosedive under Brendan Rodgers.

Despite the departure of Wesley Fofana, Soyuncu has not played a single minute in the Premier League this season, with Daniel Amartey, Jonny Evans, Wout Faes and makeshift centre-back Wilfred Ndidi all preferred to the 26-year-old.

Soyuncu is now in the final year of his contract with Leicester, and his exile from the matchday squad has led to speculation that he will be allowed to leave for free next summer.

According to Turkish manager Huseyin Eroglu, Diego Simeone‘s Atletico are set to win the race to sign Soyuncu on a free transfer, with the centre-back unlikely to return to his homeland.

“These types of footballers transfer to important teams in Europe or in our country,” Eroglu told Radyospor, as quoted by Spanish outlet Mundo Deportivo.

“Especially Caglar Soyuncu is a very important figure because Caglar became the first football player from Altınordu to go abroad. Although his name is often mentioned with Galatasaray and Fenerbahce this season, I don’t think Caglar will return to Turkey after Leicester City, Caglar will continue his career in Europe.

When asked if the Leicester defender could don the red and white of Atletico next season, Eroglu responded: “Yes, that’s it.”

Eroglu managed Turkish second-tier side Altinordu for 10 years between 2012 and 2022, and Soyuncu enjoyed a two-year stint with the club between 2014 and 2016 before leaving for Freiburg.

The centre-back has since amassed three goals and two assists in 124 games for the Foxes and was linked with a move back to Turkey in the last knockings of the summer transfer window.

Despite previously claiming that Soyuncu had been “out of form” in training for a while, Leicester coach Rodgers is confident that the ex-Freiburg man will be ready for when his opportunities come.

“He is a great lad. When I came here, Cags was fourth-choice centre-half. I came in 2019, he propelled himself, I gave him the opportunity. He was fantastic in that first season,” Rodgers told reporters at a press conference.

“Then it was a mixture of things, the national team wasn’t going so well and he had some injuries, and then he played so much because he was one of my only fit centre-halves. It was really difficult for him.

“But he has never been a problem. He is a great guy, works hard and when the opportunity comes, which I am pretty sure it will do at some point, he knows he has to be ready.”

Soyuncu’s only appearance so far this term came in the second round of the EFL Cup against Stockport County, and he failed to make Leicester’s Premier League squad for the second game running in Saturday’s 6-2 loss to Tottenham Hotspur.