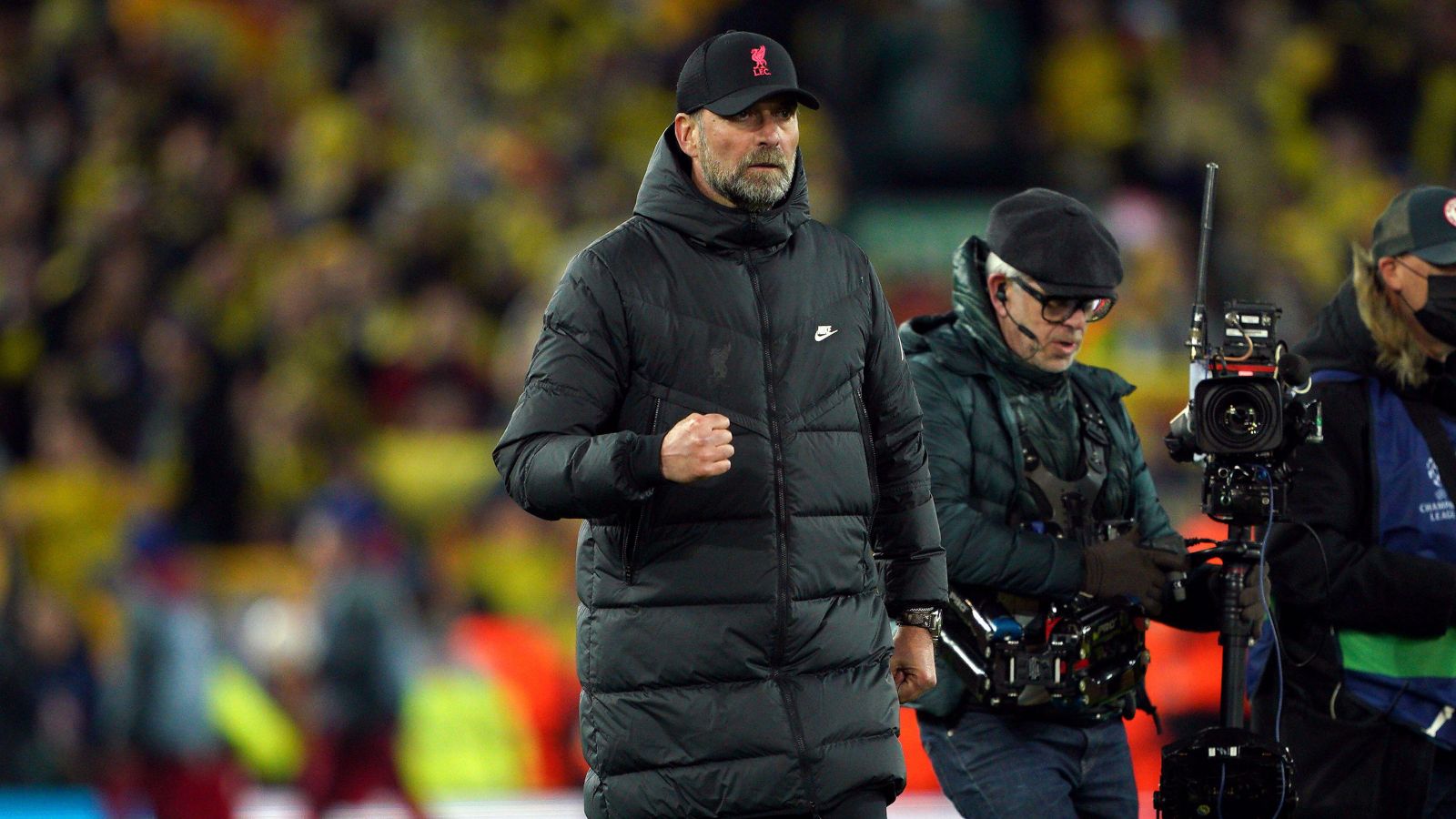 Jurgen Klopp praised his Liverpool players for how they limited Villarreal at Anfield in their first meeting in the Champions League semi-finals.

The Spanish side knocked out Juventus and Bayern Munich to reach this stage of the competition.

Villarreal were able to frustrate Liverpool in the first half as the game was goalless at the break. Thiago came close to scoring as his long-range effort struck the woodwork.

Liverpool made the most of their dominance in the second half. An own-goal from Pervis Estupinan made it 1-0 in the 53rd minute.

This came as Jordan Henderson’s cross from the right flank was deflected into the goal by the defender. Sadio Mane doubled Liverpool’s lead two minutes later.

Liverpool were unable to extend their advantage further ahead of next week’s return leg in Spain.

Klopp stated after his side’s victory that they “had a lot of good moments” versus Villarreal:

“It was a brilliant game. The first half I liked a lot – we didn’t score, that was the only problem that we had,” Klopp claimed.

“But we kept them quiet, which was important because of the counter-attacking threat.

“We tried to create, tried to be direct, mix it up, play through the lines. We had a lot of good moments, no goals, true, but I was really fine with the first half.

“And then in the second half, obviously we finished the situations off. Both goals were outstanding. We wanted to score a third, but from a specific moment on it makes then sense that you control the game, and that is what we did.

“It’s half-time, nothing else, but it’s better than before the game.”

Henderson insisted post-match that “the game is still alive” and he is expecting a “tough” second leg:

“They are a very organised team and we knew they would make it difficult,” Henderson acknowledged (via BBC Sport).

“It was just important that we kept going and believe that we would eventually break them down. We did that with two good goals.

“First one was a bit lucky. Good build up but a bit lucky, in off the defender and keeper I think. But you need a bit of luck when a team plays with a low block.

“We got that and it lifted the crowd. The majority of the game, the counter-press was really good. It made it difficult for them. But the game is still alive and it will be tough in Villarreal.”