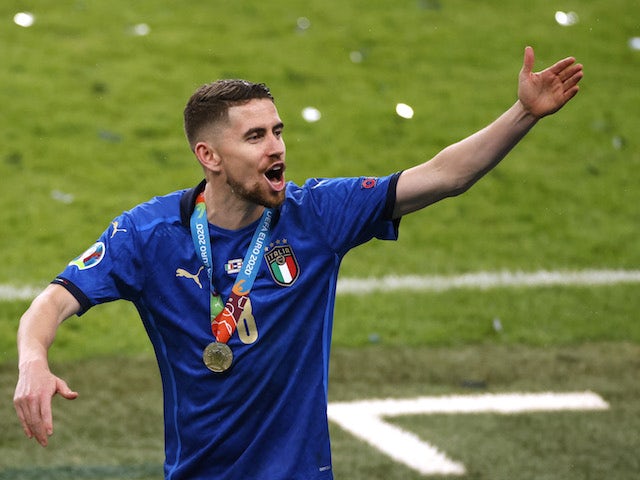 Juventus contact the representatives of Jorginho to discuss a possible move for the Chelsea midfielder, according to a report.

Juventus have reportedly contacted the representatives of Jorginho to discuss a possible move for the Chelsea midfielder during this summer’s transfer window.

The Italy international has again been a key player for the Blues this season, making 42 appearances in all competitions, contributing nine goals and four assists in the process.

The midfielder’s current deal at Stamford Bridge is due to expire next summer, though, and he has been linked with a move away from the club over the last few months.

According to Calciomercato, Juventus have been in touch with Jorginho’s agents in recent days to discuss a switch to Turin in the upcoming market.

The report claims that the Old Lady are planning a ‘revolution’ during this summer’s transfer window and view the 30-year-old as the ideal player to boost their midfield for the 2022-23 campaign.

The Italian is allegedly ‘fine’ at Chelsea but would be open to a return to his home country, having previously represented Hellas Verona and Napoli in Serie A.

Jorginho has scored 26 goals and registered eight assists in 183 appearances for the Champions League holders since arriving from Napoli in 2018.