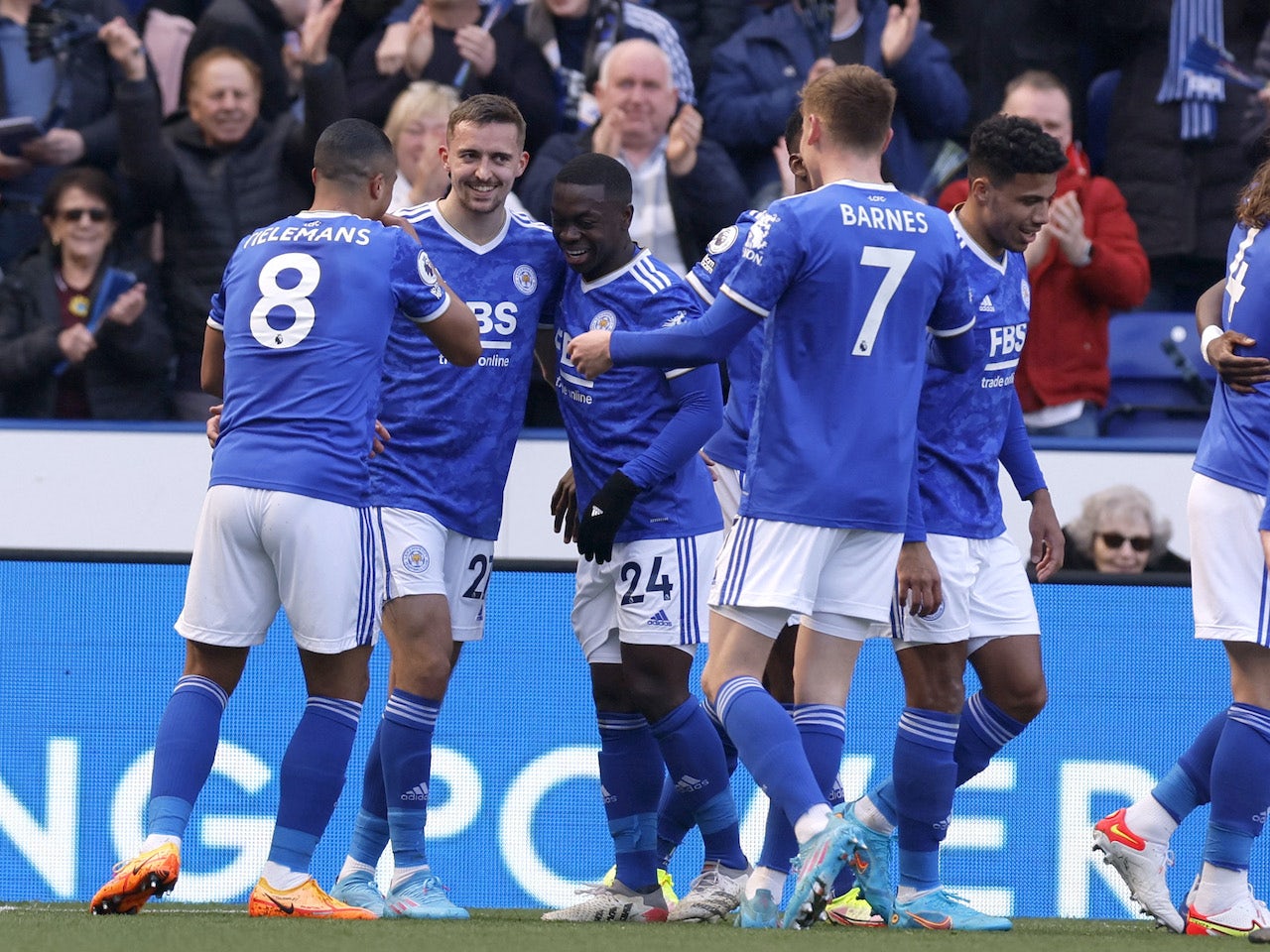 Sports Mole takes an in-depth look at how Leicester City could line up for Thursday’s Europa Conference League clash with Roma.

Leicester City head into the first leg of their Europa Conference League semi-final clash against Roma without key midfielder Wilfred Ndidi, who remains out of action through injury alongside defender Ryan Bertrand.

Jonny Evans and Boubakary Soumare are also unlikely to feature at the King Power Stadium, having dealt with issues of their own recently.

Those absences will likely leave manager Brendan Rodgers to deploy a centre-back pairing of Wesley Fofana and Caglar Soyuncu, should he opt for a back four and not move James Justin or Ricardo Pereira across.

If that decision is made, Youri Tielemans and Kiernan Dewsbury-Hall are set to operate in midfield, with James Maddison supporting the front line in a slightly more advanced role.

Jamie Vardy is fit to feature in attack, but, if Rodgers does set his side up in a 4-2-3-1 system, he will likely have to battle with Patson Daka, who has been productive on the continent for the Foxes, netting six goals across their runs in the Europa League and Europa Conference League this season.

Kelechi Iheanacho is also vying for a start, but competition for attacking spots is rife, with Ademola Lookman and Harvey Barnes likely to start in the wide areas.