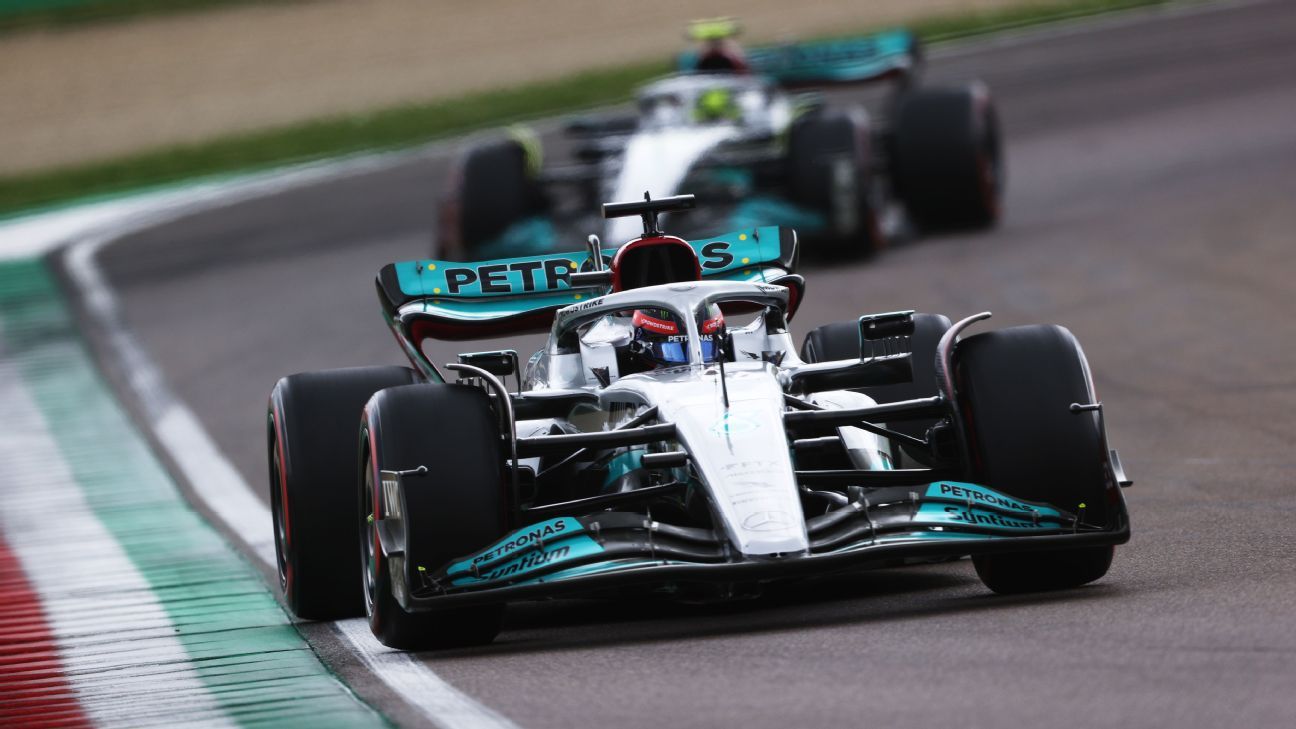 George Russell finished a surprising fourth for Mercedes in Sunday’s Emilia Romagna Grand Prix but said his car’s ‘porpoising’ problems were worse than ever and causing him real pain.

The Mercedes is struggling to maintain downforce on the straights, noticeably bouncing as aerodynamic ground effects come and go. Other Formula One teams are also suffering the phenomenon to a lesser extent.

“When the car and tyres are in the right window the car, except for the bouncing, feels really good to drive,” said Russell.

“But the bouncing really takes your breath away. It’s the most extreme I’ve ever felt it.

“I really hope we find a solution and I hope every team who’s struggling with the bouncing finds a solution because it’s not sustainable for the drivers to continue with this level,” added the Briton.

“This is the first weekend where I’ve been truly struggling with my back and like chest pains from the severity of the bouncing. But it’s just what we have to do get the fastest lap times out of the car.”

Team boss Toto Wolff said the problem was fundamental for a team who have won the last eight constructors’ titles but are now out of sorts.

“You see the bouncing on the main straight, I wonder how the two of them can even keep the car on the track at times,” said the Austrian.

“Because of the bouncing we are not able to run it where it should run. That has huge ramifications on the set-up, on the tyre grip etc, so one is interlinked to the other.

“I think if we were to get on top of the porpoising we would unlock much more in terms of performance on the car.”

Russell, who moved from struggling Williams at the end of last season, is fourth in the championship with 49 points — 21 more than seven-times world champion team mate Lewis Hamilton who failed to score on Sunday.

The youngster said he was under no illusions about the real situation, however.

“It’s just been a really difficult position for us as a team and perhaps with my struggles at Williams in driving very difficult cars that’s helped in some small regard,” said Russell.

“I expect him (Hamilton) to come back so strong and the way he’s pushing and motivating the team is inspiring. I’m not getting comfortable with this position because I know what he’s capable of.”