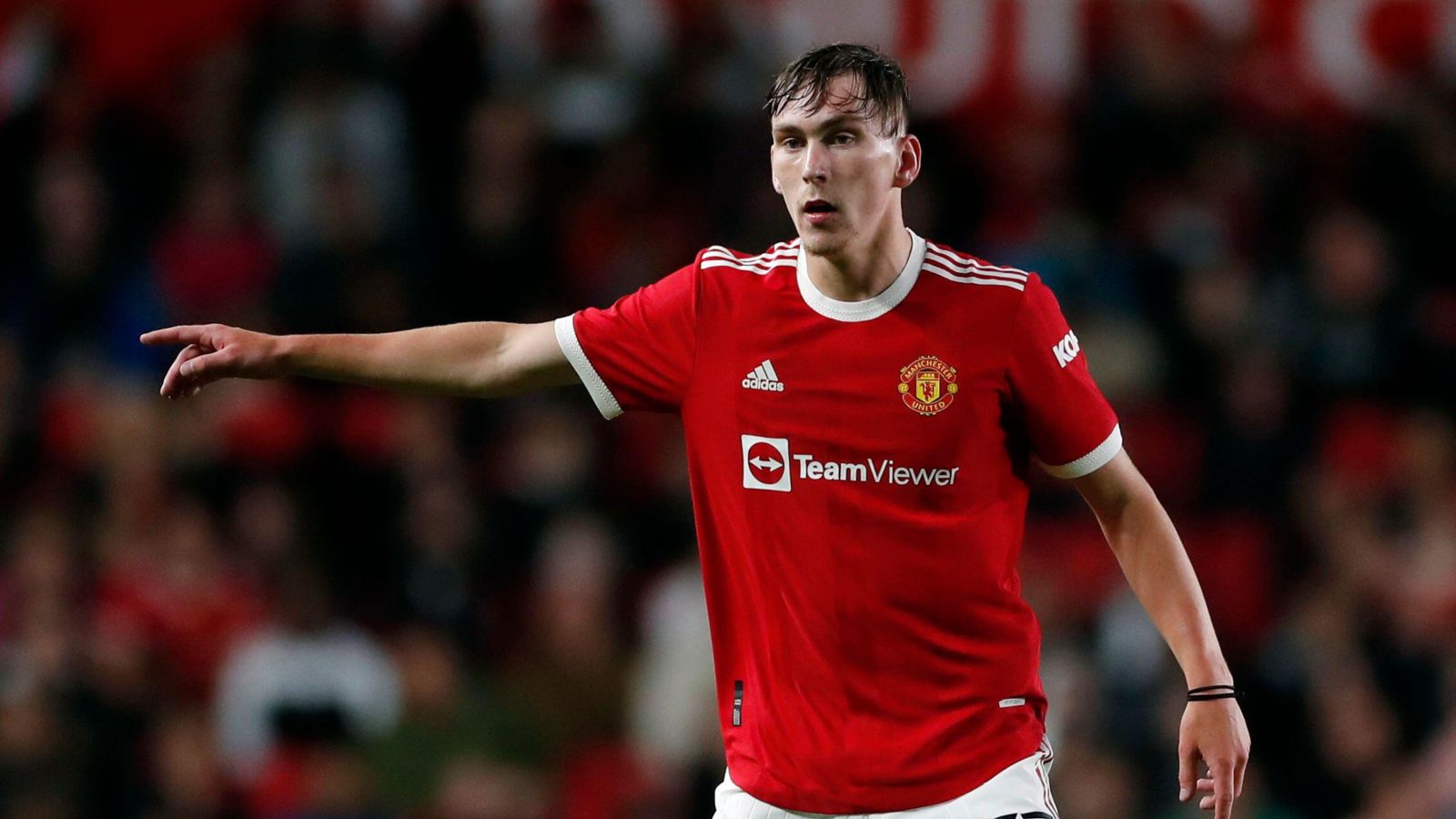 It’s not clear why Manchester United need to save millions but the MEN are sure James Garner is one of many keys.

There’s a general consensus that Manchester United need some serious summer transfer business, not least because they will barely have enough senior players to fill a Premier League bench, but luckily the Manchester Evening News is here to tell us that ‘Erik ten Hag already has two players that could save Manchester United millions this summer’. Well thank f*** for that because that re-build was looking expensive.

We already know where this is going because we have been here many times before. First up is James Garner, a midfielder with two Championship campaigns and a grand total of nine Premier League minutes under his belt. So of course he is about to ‘save Manchester United millions this summer’.

‘But whilst plenty of hype and excitement surrounds Garner, and understandably so, it is hard to imagine him becoming a regular starter next season, although it cannot be ruled out for certain. For sake of argument, you would expect him to be a squad player, featuring off the bench and starting the occasional cup match.’

So by ‘starting the occasional cup match’, Garner will save Manchester United millions? Not sure they would have bought a squad player for millions without intending to play them in the Premier League, guys. That’s not how this shit works.

So who is the other?

‘Whilst Garner could offer United a fresh option in midfield, Brandon Williams could throw his hat into the ring to compete for the left-back berth. Both Luke Shaw and Telles have struggled for form and consistency this season, meaning Williams will fancy his chances of throwing his hat into the ring, especially when he has admitted he is “determined” to return from his loan spell at Norwich City and make the left-back spot his own.’

First, how many hats does he own? And is he throwing them all at once or in sequence?

Secondly, ‘especially when he has admitted he is “determined” to return from his loan spell at Norwich City and make the left-back spot his own’? After playing in a Norwich defence that has conceded more than any other Premier League side this season, all he needs to do is say he is “determined” and that’s it, the job is his? Somebody needs to tell Axel Tuanzebe, Andreas Pereira and all the other loanees the secret to success at Manchester United; just say you’re “determined”, fellas.

‘Although he is still young and the jury remains out on if he can be a seasoned performer for a club of the Reds’ stature, he, like Garner, has the potential to be a key squad player in a problematic position.’

Ah. Another squad player. And United would definitely have spent ‘millions’ on a third left-back if Williams had not been vaguely competent for a poor Norwich side.

It’s almost like Premier League clubs bring young players through to be squad players and that’s the plan behind spending millions (yes, those millions count) on their Academies.

And if you are thinking that all this sounds familiar, then that’s because it is. This is a tried-and-trusted formula for the MEN:

That’s Teden Mengi, Alvaro Fernandez, James Garner and Alejandro Garnacho, because ‘by looking in-house, United can not only save themselves millions of pounds in transfers and wages fees but also find potential starters or rotation pieces who already have familiarity with not only English football but the United way of playing’.

And who doesn’t want a ‘rotation piece’? It’s our Tinder profile name.

‘Manchester United decision on James Garner could save them millions on transfer’ – January 2022.

There’s an awful lot riding on James Garner. But wasn’t he going to save Manchester United millions last summer too?

‘James Garner dream could save Manchester United millions in transfer market this summer’ – May 2021.

It couldn’t though, could it? It turns out that just saying you have a “dream” is not enough and you might just get sent back to Nottingham Forest on loan. Though it did at least go a little better than this one…

That was one D’Mani Mellor. A thorough fact check has confirmed that he did not save Manchester United millions in last summer’s transfer window; instead he went on loan to Salford City and played 20 minutes of League Two football off the bench.

To be fair, it’s not just kids that can save Manchester United millions.

‘Donny van de Beek has just shown why he could save Manchester United millions in the transfer window’ – February 2022.

Has he since shown he couldn’t in four straight defeats and a lengthy injury spell? We await an update.

‘Antonio Rudiger could save Manchester United millions in transfer market this summer’ – February 2022.

There’s a whole plethora of them…

‘Three players Manchester United can sign for free this summer to save millions in transfer window’ – March 2022.

There’s just millions to be saved everywhere you look by Manchester United. Which of course should be the priority for one of the world’s richest football clubs instead of building a squad and ethos that could stop them being a punchline.