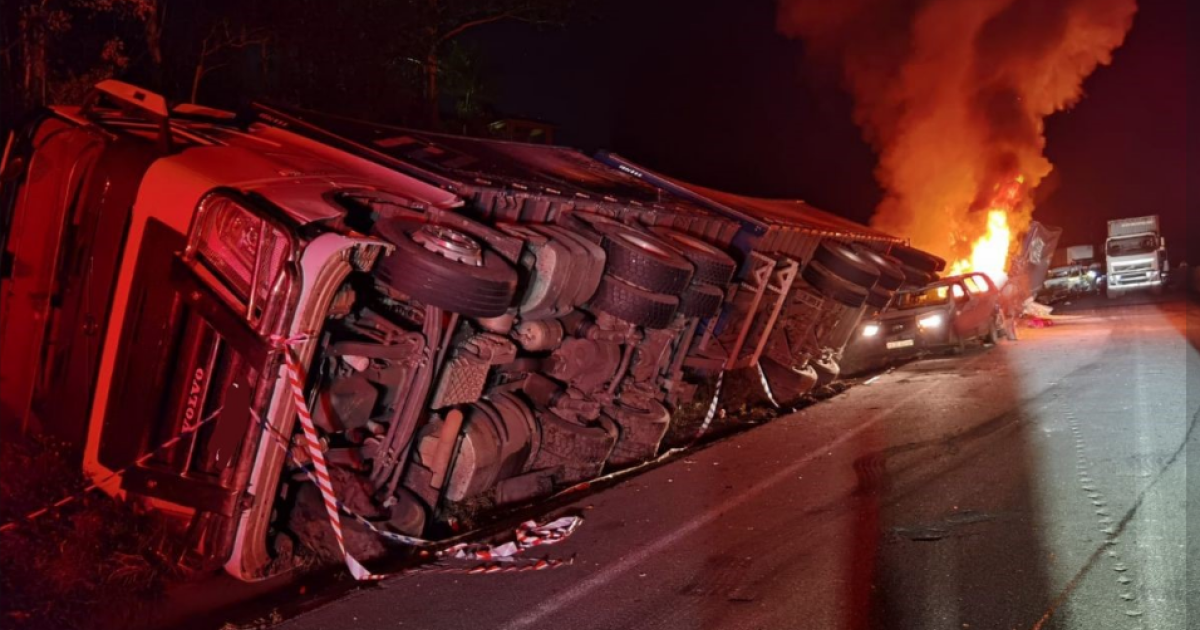 PIETERMARITZBURG – A horror crash has been reported on the N3 South in Pietermaritzburg.

Dozens of people have reportedly died.

Two minibus taxis, two trucks, a bakkie and five cars were involved in the crash.

A secondary crash took place on the N3 North while emergency services were on the scene.

Police are investigating the cause of the accident.