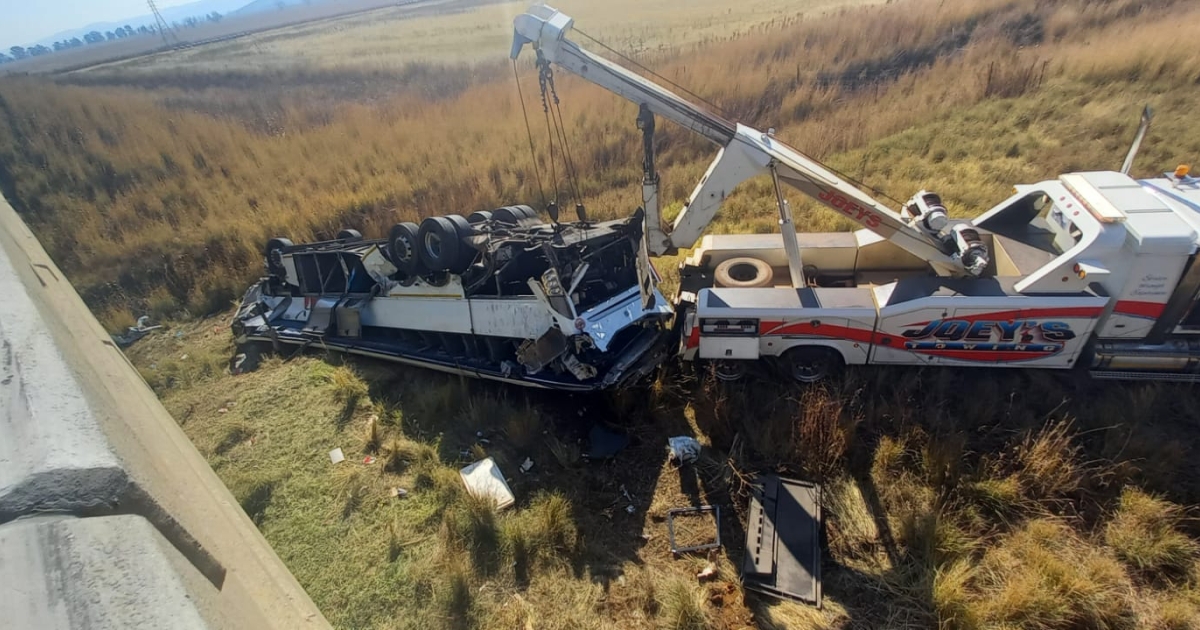 HEIDELBERG – Ten people have been killed and 58 others injured in a bus crash near the N3 De Hoek Toll Plaza.

The bus plunged off a bridge in Heidelberg.

It appears the vehicle crashed into a bridge pillar before plunging down an embankment.

It was found on its roof on the side of the road.

Some of the passengers had managed to get out, while others were trapped inside.

Rescue and fire services set up a triage area and treated those with mild to moderate injuries.

Some of the more seriously injured were airlifted to hospitals.