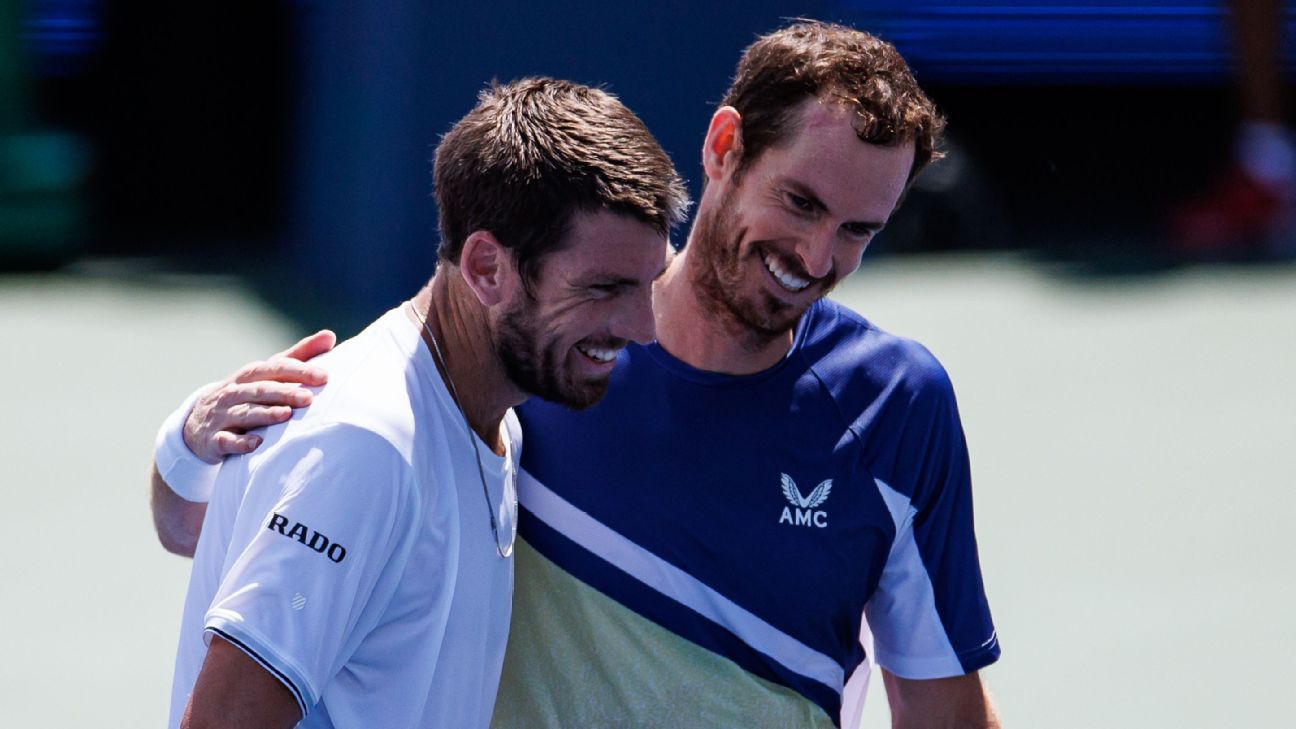 It was just the second career meeting between Norrie, the current British No. 1 and world No. 11, and Murray, the three-time major champion. Murray, 35, won the initial clash at Beijing in 2019 and looked as if he would improve to 2-0 against his fellow countryman before struggling with apparent right leg pain that required treatment after being broken at 4-all in the final set.

When the match finished moments later, Murray congratulated Norrie, 26, with a hug at the net and then required furthered medical treatment before he left the court.

“It came down to a little bit of physicality and it didn’t really help him,” Norrie said in a postmatch interview on Amazon Prime. “He was struggling a little bit towards the end and I just tried to get the ball in at the end…

“That’s how it rolls sometimes in tennis. It’s a massive win for me beating Andy for the first time. It’s not the way I wanted to beat him with him cramping, but it’s nice to get through.”

Murray, a two-time winner in Cincinnati, was the overwhelmingly crowd favorite on Center Court for the match. The former No. 1 returned to the top 50 earlier this summer for the first time since he returned to the tour following his first hip surgery in 2018. Murray underwent a second hip surgery in 2019 and has been working his back up the rankings ever since returning to competition.

But ultimately Norrie emerged victorious and he continued his impressive summer. He reached the first major semifinal of his career at Wimbledon, and is coming off a final appearance at Los Cabos earlier this month. He defeated Holger Rune in the first round on Monday in three sets and will next face the winner of Wednesday’s match between 2022 French Open runner-up Casper Ruud and reigning NCAA singles champion Ben Shelton.