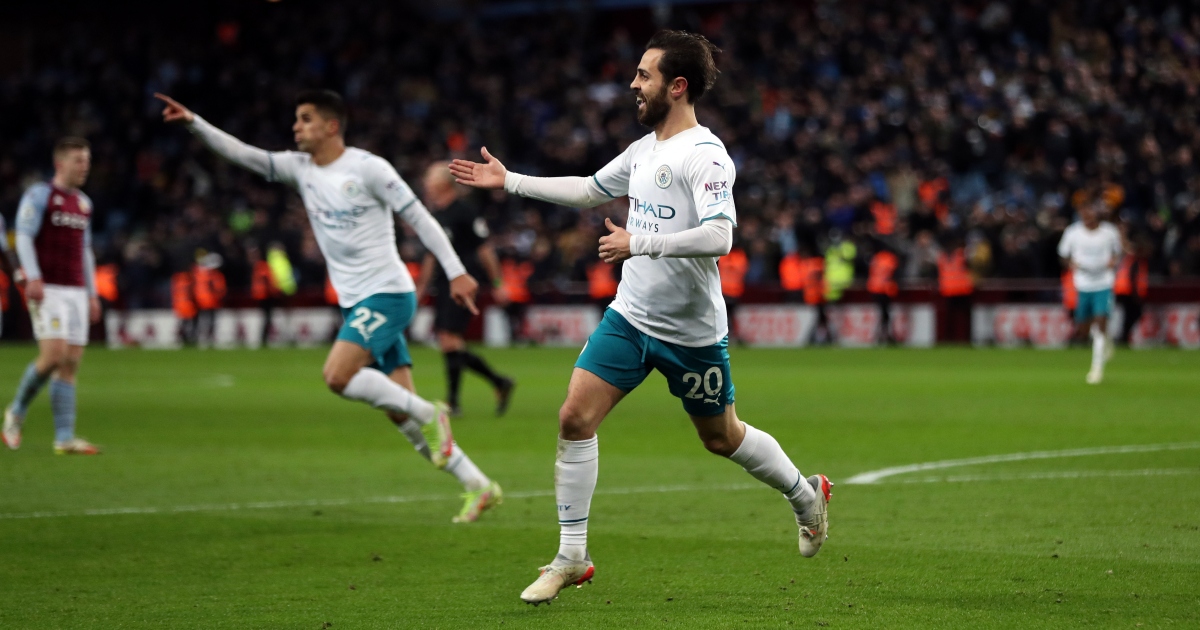 Man City star Bernardo Silva is the best Portuguese player in the world right now, ahead of Cristiano Ronaldo, according to Jack Wilshere.

Bernardo has been on fire for the Premier League champions this season, scoring five goals in 13 league appearances so far.

The 27-year-old scored against Aston Villa on Wednesday evening, a wonderful volley in the 2-1 win at Villa Park.

Pundits have waxed lyrical about the attacking midfielder in recent weeks, with teammate Gabriel Jesus claiming he is one of the best players in the world right now.

During an exchange with Darren Bent on talkSPORT, ex-Arsenal midfielder Wilshere has said Bernardo is the best Portuguese player in the world at the moment, ahead of the likes of Ronaldo, Ruben Dias and Diogo Jota.

Bent said: “I think he (Bernardo) is the first name on the (Man City) team sheet. In terms of natural ability, you might say probably Jack (Grealish), but in terms of importance to this Manchester City side and where he plays, he can play false nine, holding midfielder, right or left.

“Before you talk about his ability on the ball, his work rate off it is what separates him. He puts a shift in every single game.”

Bent disputed that opinion, saying he is one place behind Ronaldo.

“Right now, Bernardo Silva is ahead of Ronaldo. I’m not saying he’s a better player than him and done the things he’s done,” Wilshere replied.

“If we had a game tomorrow, I’d pick Bernardo.”

Elsewhere, Frank Lampard has lifted the lid on his Chelsea departure as he knew his fate “straight away” when he received a message from Bruce Buck.

“Well, we’d beaten Luton in the FA Cup fourth round or whatever it was.

“Then the next morning I got a message from Bruce Buck, the chairman, saying ‘can you move training and come and meet us in the boardroom?’

Neville then asked his former England teammate whether he could remember what the message said.

Lampard added: “’Can you come and meet us in the boardroom at Stamford Bridge?’ I knew straight away.”