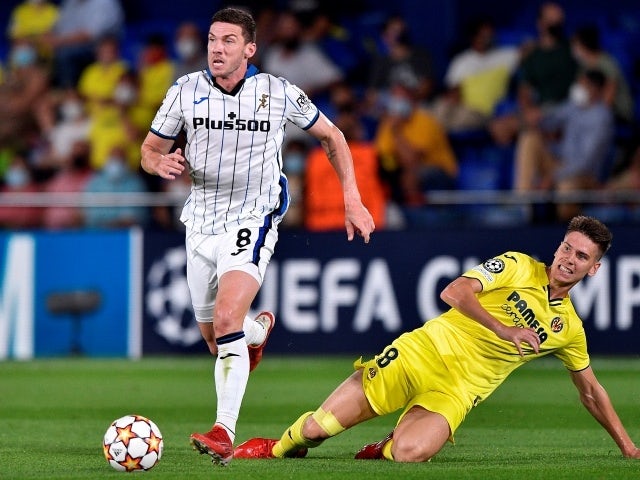 Catalan giants Barcelona are considering a €42m (£35m) move for Villarreal’s 24-year-old defender Juan Foyth, according to a report.

Barcelona are considering a €42m (£35m) move for Villarreal defender Juan Foyth, according to a report.

After missing out on primary target Cesar Azpilicueta, head coach Xavi is still keen to sign a new right-back before the transfer window closes.

The Catalan giants are believed to be looking to offload Sergino Dest for around £17m this summer, with both Manchester United and Chelsea said to be interested in the USA international.

Sergi Roberto is another right-back option for Xavi, while centre-back Ronald Araujo started on the right side of a back four in Barca’s opening La Liga fixture of the new season against Rayo Vallecano last weekend.

With around two weeks of the transfer window remaining, Mundo Deportivo claims that Barca have identified 24-year-old Foyth as a potential target.

The report adds that Foyth’s agent held a meeting with Barca director of football Mateu Alemany, which was greeted with both surprise and concern by Villarreal, who are keen to keep hold of the defender.

It is understood that Villarreal will only allow the Argentina international to leave if his €42m (£35m) release clause is activated.

Foyth struggled to make an impact during his three years at Tottenham Hotspur, but he since become an important player under Unai Emery.

Th defender initially joined Villarreal on loan for the 2020-21 campaign before signing for the La Liga club permanently last season for around €15m (£12.6m).

Foyth has made a total of 71 appearances for the Yellow Submarine across all competitions, including 35 starts last season.

Foyth still has four years remaining on his contract at the Estadio de la Ceramica and is regarded as Emery’s first-choice right-back ahead of summer signing Kiko Femenia.

The Argentine is believed to be one of a number of right-backs who Barcelona are keeping tabs on, including Arsenal‘s Hector Bellerin and Borussia Dortmund‘s Thomas Meunier.

The Catalan club are allegedly monitoring Bellerin’s situation in North London, with one report claiming that the 27-year-old has requested for his contract to be terminated.

Recruiting Bellerin as a free agent this summer would seemingly appeal to Barca amid their well-documented financial concerns.

Meunier, meanwhile, has two years remaining on his contract at Dortmund, but the German outfit are allegedly prepared to offload the 30-year-old if they receive an offer of €10m (£8.4m) this summer.