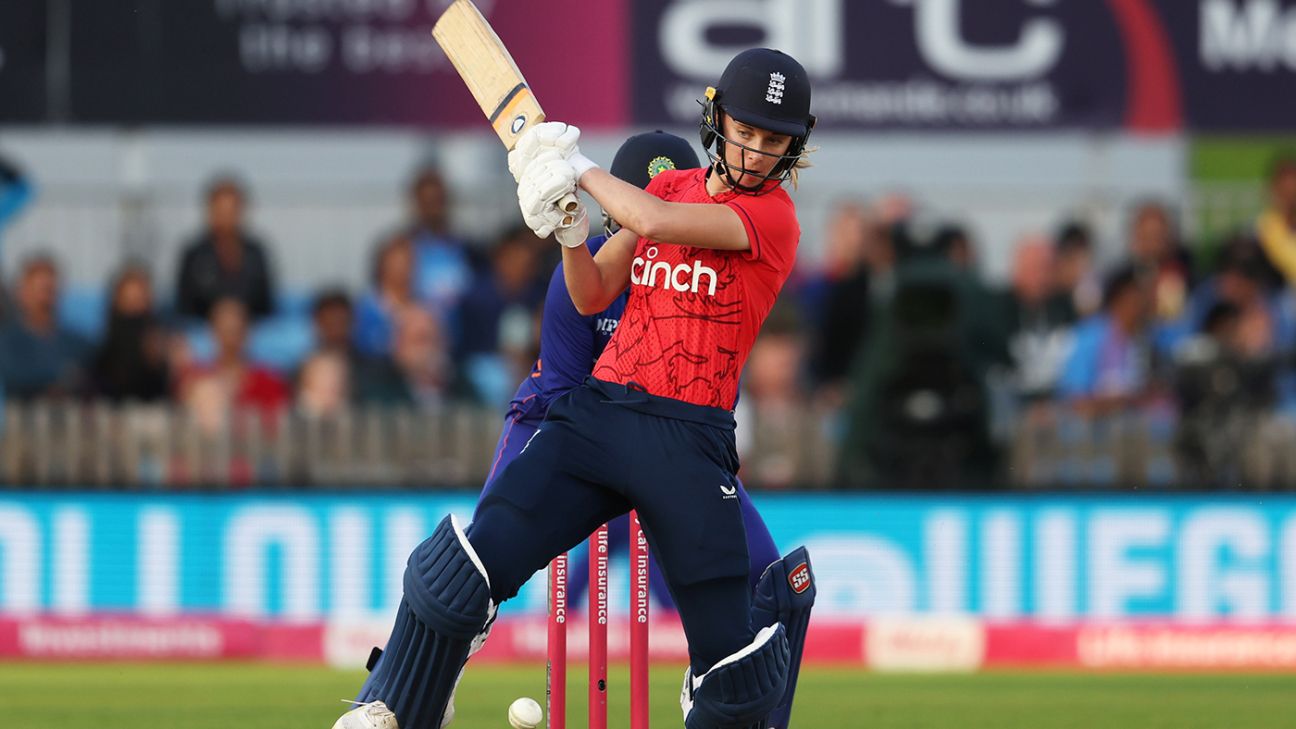 Alice Capsey and fellow teenager Freya Kemp are in line to make their ODI debuts during the upcoming three-match series with India after impressive showings over the summer, including England’s T20I series victory.

Both were named in a 15-strong squad ahead of the first ODI at Hove on Sunday, as was opening batter Tammy Beaumont, who was boldly left out of England’s T20I squad earlier in the summer, missing the series with South Africa and India as well as the Commonwealth Games.

Sunday’s match will be followed by fixtures in Canterbury on Wednesday and at Lord’s on September 24.

Allrounder Capsey’s unbeaten 38 off 24 balls saw England through a stumble in which they went from 70 without loss to 79 for 3 to chase down a target of 123 in Thursday’s third T20I in Bristol and seal the series 2-1.

In the previous match, which India won by eight wickets in Derby, left-arm seamer Kemp became the youngest England player, female or male, to score fifty in a T20I, at 17 years and 145 days, and the second-youngest to reach the milestone for England in international cricket after Sarah Taylor.

Capsey hasn’t just cemented her reputation as a formidable cricketer in her maiden international season, she’s proven herself to be a pretty good actress too.

On the outside, her innings to steady England and ultimately carry them over the line in Bristol looked nerveless. But the 18-year-old admitted afterwards that she is human after all.

“I felt nervous today,” Capsey said after the match. “I didn’t know whether to play the reverse sweep or not. I was like, ‘this is the series decider.’ But I’m really enjoying it at the moment and I think that’s showing in my cricket, which is brilliant.”

Amy Jones will continue to captain side in the absence of the injured Heather Knight and Nat Sciver, who is taking a mental health break. Sophie Ecclestone, who was Player of the Match on Thursday with 3 for 25 to limit India’s total, will remain vice-captain.

“We’ve all taken it upon ourselves to do our bit and really own our role,” Capsey continued when asked about the absence of Knight, Sciver and the resting Katherine Brunt during India’s tour.

“To have them around is amazing because it brings experience and it brings clarity to the team, so it’s given us a little bit more responsibility earlier in our careers and as a younger player that’s what I thrive off.

“It’s really nice to be given that responsibility and Kempy has been outstanding when she’s come into the international team. Her fifty in the second T20 and just her overall confidence when she goes on to the pitch is brilliant.”

The series will be Lisa Keightley’s last as England’s head coach after she decided not to extend her contract beyond the summer.

“I was so proud of how the team came together to win the Vitality T20I series,” Keightley said. “Sometimes when you’re missing big-name players, other players step up and take their chance and I felt we really did that.

“It’s a young group but they worked tremendously hard and showed their skill and resilience to get over the line. Amy did a great job as captain and she was ably supported by Sophie so we want them to carry on what they’ve been doing.”