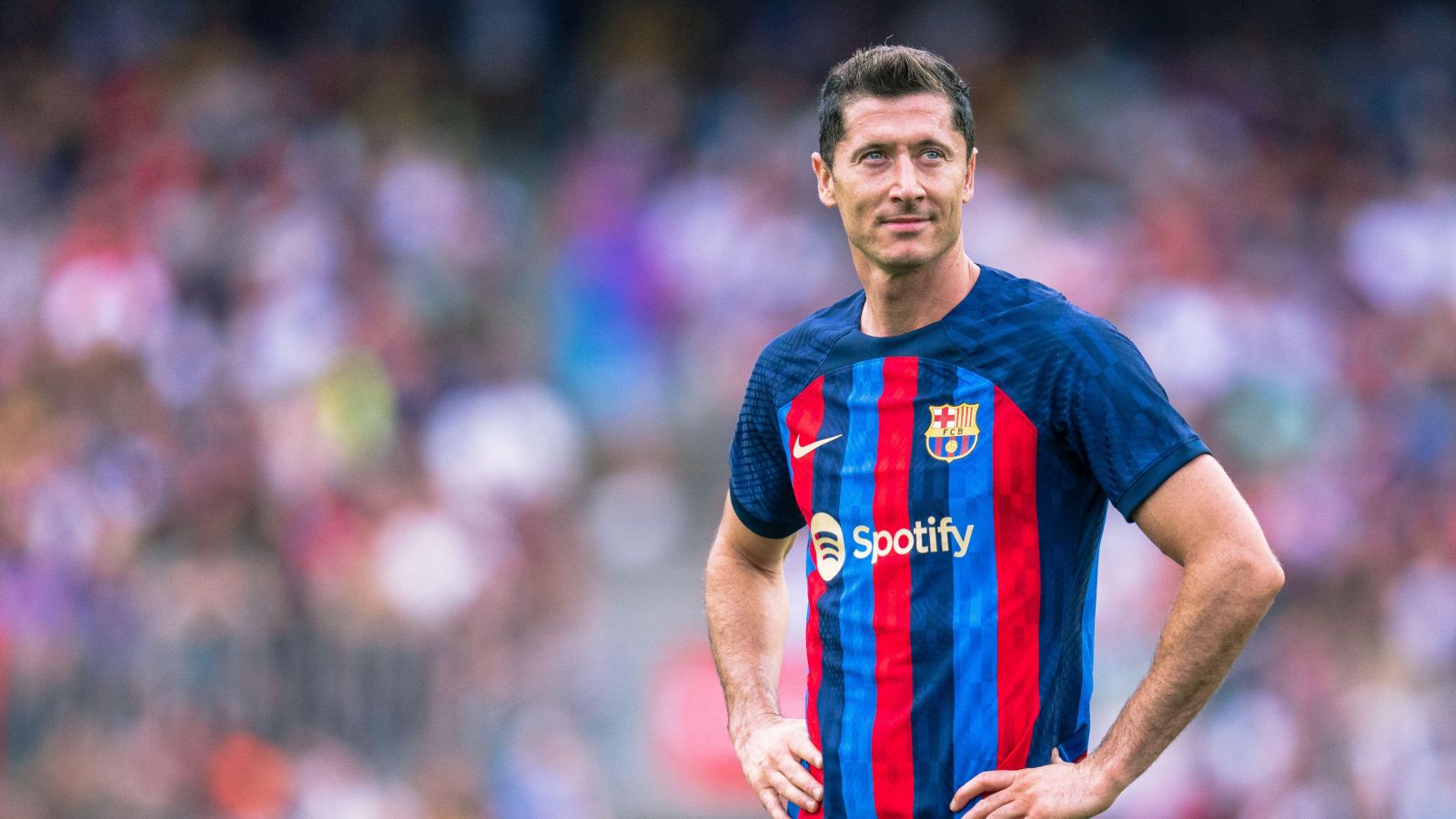 Robert Lewandowski made his competitive Barcelona debut on August 13 and he’s been on an absolute tear ever since, scoring goal after goal and recording some remarkable statistics.

Lewandowski arrived at Barca from Bayern Munich for a fee of €45million in July 2022 after a somewhat protracted saga.

The Polish centre-forward had been outstandingly prolific for Bayern, scoring at a rate of more than one goal a game for three consecutive seasons. But in May, he said: “My era at Bayern is over. I don’t see any possibility to continue playing for this club anymore.”

Bayern played hardball for over a month, but Lewandowski eventually got his wish and Barca got their man.

Now, eight games into his Barcelona career, it could barely be going any better for Lewandowski.

After the big Pole scored thrice in the Champions League game against Viktoria Plzen, his new manager Xavi said: “I am running out of praise for him.

“He’s scored a hat trick, but it’s not just that. It’s how he plays and how he makes the team play, finding the third man, reading the space perfectly, pressing…

Following two more goals in Barcelona’s 3-0 win over Elche on Saturday, we’ve decided to round up 11 stats that show just how brilliant Lewandowski has been since arriving in Catalonia, courtesy of WhoScored, ESPN, Squawka and Invictos.

– Robert Lewandowski got off to a slow start. He failed to score in a 0-0 draw with Rayo Vallecano and posted a WhoScored rating of 6.41. Since then, he’s scored 11 goals in eight games in La Liga and the Champions League.

– Lewandowski has played 629 minutes of football in the league and Champions League. That means he’s averaging a goal every 57.2 minutes in all competitions.

– In addition to those goals, the Poland international has notched two assists, so he’s averaging a direct goal contribution every 48.4 minutes. If you take stoppage time into account that’s pretty much one every half. Sheesh.

With a brace this afternoon for Barcelona, the Polish superstar now has 8 goals in just 6 LaLiga games 🔵🔴 pic.twitter.com/cVCeDrrCVg

– With his goals against Viktoria Plzen, Lewandowski became the first player to bag hat-tricks for three different clubs in the Champions League (Borussia Dortmund, Bayern Munich and Barcelona).

– Lewandowski has also now moved third on the all-time Champions League goalscorers list on 86. You can already guess who’s ahead of him – Messi on 125, Ronaldo on 140.

– Lewandowski has now scored twice in three different games in La Liga. His most impressive display was perhaps against Cadiz, however. He came off the bench with just 33 minutes to go and managed one goal and two assists.

– Lewandowski is one of only four players from across Europe’s big five leagues to have scored 10 or more in all competitions so far this season. The others are Neymar, Kylian Mbappe and Erling Haaland.

– The 33-year-old striker has been WhoScored’s statistical man of the match in four of his six La Liga games so far.